Give 10% quota to west UP in JNU, Jamia: Union Minister's 'cure' for protesting students 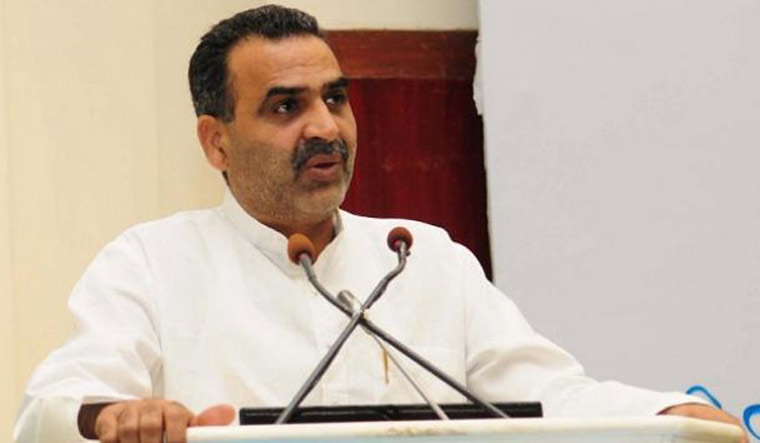 Union Minister Sanjeev Balyan stoked a major controversy, saying that he has a “cure” for the students protesting against the Citizenship (Amendment) Act, 2019, in Jawaharlal Nehru University and Jamia Millia Islamia.

Speaking at a public rally in Meerut, Uttar Pradesh, Balyan said he will request Defence Minister Rajnath Singh, who is from the state, to allow 10 per cent reservation to people from west UP to the JNU and Jamia, indicating they will silence the protesters by force.

“Main Rajnath ji se nivedan karoonga, jo JNU, Jamia mein desh ke virodh mein naare lagate hain, inka ilaaj ek hi hai—pashchim Uttar Pradesh ka wahan 10 per cent reservation karwa do, sabka ilaaj kar denge, kisi ki zarurat nahi pade ki (I would request (Defence Minister) Rajnath Singh-ji. Those who shout anti-national slogans at JNU and Jamia, there is only one cure for them. Have 10 per cent quota from west UP... everyone will be cured and nobody else will be needed),” he said.

ALSO READ: Violence cannot muffle dissent, which is the DNA of JNU

Anti-CAA protests have rocked the country over the past month, with the JNU and Jamia Millia Islamia in Delhi being the hotbeds of student agitations. Last month, violence had broken out in Jamia, and police were accused of using excessive force to crack down on the students. Earlier, in January, a mob of armed, masked goons attacked a JNU hostel, injuring students and faculty members, sending shockwaves across the country and triggering nationwide protests, especially by the student community.

West UP is a politically and communally charged region, which includes Muzaffarnagar, the epicentre of 2013 riots, and Bisada village where Mohammed Akhlaq was lynched on the suspicion of having beef.

It is not the first time Balyan has made a communal remark or engaged in hate-mongering. The minister of state for animal husbandry, fisheries and dairying in the Narendra Modi government, Balyan was allegedly involved in the Muzaffarnagar riots. Last month, he courted controversy when he said that the children from madrassas were involved in the violence during the anti-CAA protests in UP.