Sitting MLAs will contest on 46 seats; 15 legislators have been dropped 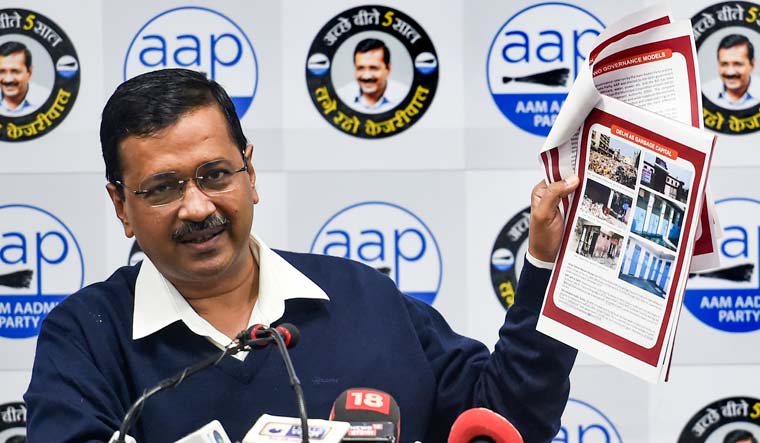 The Aam Aadmi Party (AAP) on Tuesday announced its list of 70 candidates for the Delhi assembly polls. The elections will be held on February 8.

Chief Minister Arvind Kejriwal will contest from the New Delhi assembly seat, while his deputy Manish Sisodia from the Patparganj assembly seat.

The AAP, which had a landslide victory in the 2015 polls, is up against the BJP which had just three seats. The saffron party is expected to come up with its list of candidates later this month while the Congress may release its list only after the BJP.

Soon after the announcement, Kejriwal tweeted, "Best wishes to all. Don't be complacent. Work v hard. People have lot of faith in AAP and u. God bless."

The counting of votes will take place on February 11.