Last week, Manipur became the fourth state in India to come under the ILP regime 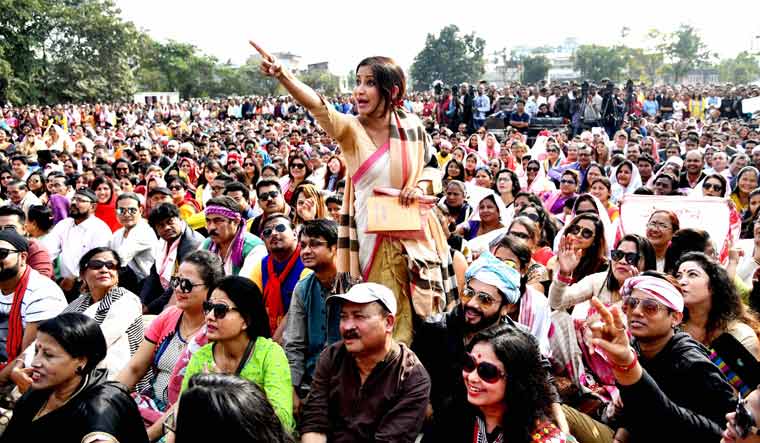 Assamese actor Barsa Rani Baishya and protesters in a rally against Citizenship Amendment Act, at AEI playground in Guwahati | PTI

The mass protests that erupted in large parts of Assam, Tripura, Meghalaya and other states over the passage of the Citizenship (Amendment) Bill have brought back into the popular lexicon a three-letter acronym: ILP (inner line permit).

States that come under the ILP regime require all outsiders, including Indian citizens from other states, intending to visit or stay there to obtain permits that mention their duration of stay and places of visit. The ILP can be introduced by the state government concerned, but has to be ratified by the president in order to be enforced.

The ILP has its origins colonial-era protections for tribal areas in the northeast. Proponents say extending ILP to other states in the northeast would help guard against an influx of outsiders who purportedly threaten their way of life.

Last week, Manipur became the fourth state in India to come under the ILP regime after Arunachal Pradesh, Nagaland and Mizoram. The ongoing Citizenship Act agitation has given rise to speculation that the ILP will be extended to virtually the entire northeast, with the possible exception of Tripura.

A youth organisation in Assam, the Asom Jatiyatabadi Yuba Chatra Parishad, which has been protesting against the Citizenship Act, had declared, "If the state government is serious about protecting indigenous people of Assam, it should implement ILP".

On December 11, before the Rajya Sabha passed the Citizenship Act, The Economic Times reported that a high-level committee established by the Centre had found "overwhelming" suggestions for introduction of ILP in Assam. The committee was constituted to deal with "constitutional, legislative and administrative" safeguards for the Assamese people.

The Meghalaya government, under Chief Minister Conrad Sangma, has announced it would call a special legislative session on December 19 to seek implementation of ILP in the state.

Last Friday, nearly 25 people had been injured in violent protests outside the Raj Bhavan in Shillong. One of the demands raised by the protesters was introduction of ILP in Meghalaya; the demand was fuelled by Shah "agreeing" to ILP in Manipur.

Football legend and chief of the Hamro Sikkim Party Bhaichung Bhutia met Shah on Saturday to discuss concerns about the Citizenship Act.

Bhutia claimed if the Citizenship Act was enforced in Sikkim, the percentage of indigenous communities, such as Lepchas and Sherpas, would fall to around 5 per cent. Bhutia demanded Sikkim be exempt from the Citizenship Act and also that ILP be extended to the state.

Students of Sikkim Central University held a rally in Gangtok on Saturday. Sikkim already has a limited form of ILP for all outsiders for some areas.