'Kailaasa' has its own passport and flag 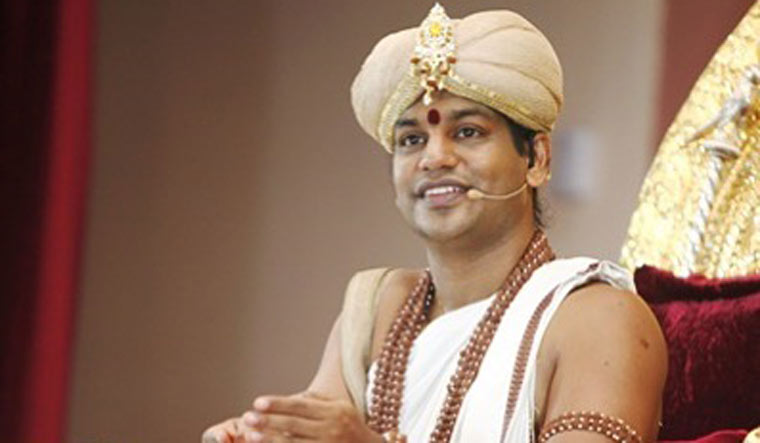 Controversial godman Nithyananda, who is on the run after being charge-sheeted in a rape case in Bengaluru, is currently in 'Kailaasa'. You heard it right! 'Kailaasa' is the new nation founded by the self-styled godman in an island he bought near Ecuador in central Latin America, if unconfirmed reports are anything to go by.

The new nation has its own passport, flag and emblem. In its website, 'Kailaasa' is described as the greatest Hindu nation on earth.

"Kailaasa is a nation without borders created by dispossessed Hindus around the world who lost the right to practice Hinduism authentically in their own countries," it said.

The new nation “offers a safe haven to all the world’s practicing, aspiring or persecuted Hindus, irrespective of race, gender, sect, caste, or creed, where they can peacefully live and express their spirituality, arts, and culture free from denigration, interference and violence,” according to the website.

The government of the new nation has various departments like homeland security, defence, treasury, commerce, housing, human services, education and so on.

The godman was in the news recently after a Tamil Nadu-based couple filed a petition in Gujarat High Court seeking release of their two daughters who, they claimed, were illegally confined at an ashram in Ahmedabad.

Though an FIR has been registered against him, police strongly believe that Nithyananda may have fled India in late 2018. He was out on bail after being arrested in a rape case. However, it is not clear how he could flee the country without a passport. His passport has expired in September 2018 and his request for its renewal has been rejected.