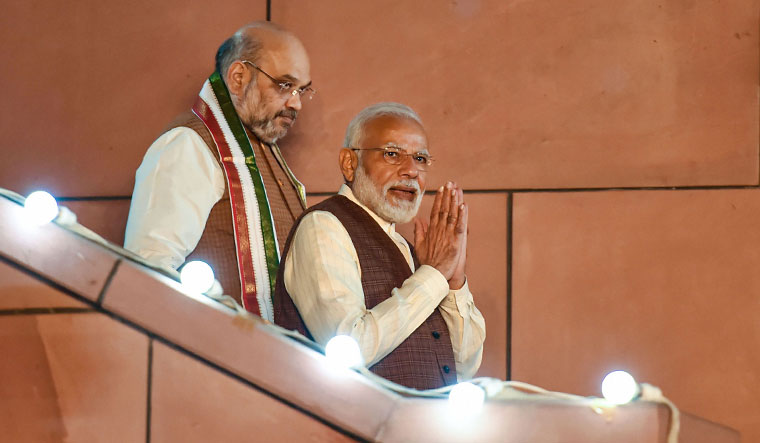 Home Minister Amit Shah sought to highlight the simplicity of Prime Minister Narendra Modi when he said the latter takes bath at the airport and boards the flight during technical halts for refueling, instead of opting for a stay at a luxury hotel while travelling outside the country.

According to media reports, while replaying to a question on the Special Protection Group (Amendment) Bill in Lok Sabha on Wednesday, the home minister said, "Earlier when prime minister went abroad, a hotel was booked for an overnight stay during technical halts to get fuel. Narendra Modi has till today not booked a hotel during a technical halt. He stays at the airport, takes bath there and proceeds further after refueling is done."

He further pointed out that the prime minister has "started the practice of taking less than 20 per cent staff" during his foreign trips.

She also said Modi has discouraged using a large number of cars for official delegation. “There was an arrangement of separate vehicles for the accompanying staff. He (Modi) conveyed that four to five people should go in a car or a bus which should be arranged,” the home minister was quoted as saying.