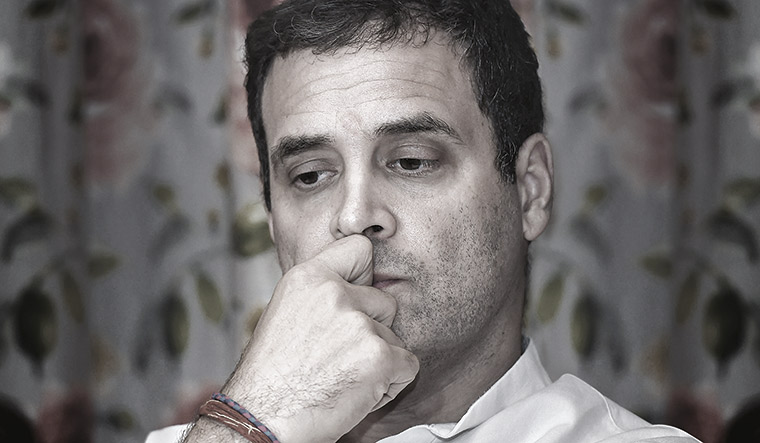 The BJP sought to corner the Congress on Thursday over the Shiv Sena praising Mahatma Gandhi's assassin Nathuram Godse in the past and wondered if this was why Rahul Gandhi was "ashamed" to attend the swearing-in ceremony of the Maharashtra government.

The Congress-NCP alliance in Maharashtra has joined hands with the Sena, a long-time Hindutva ally of the Bharatiya Janata Party (BJP) before they split, and Sena chief Uddhav Thackeray was sworn-in as the chief minister on Thursday.

"Stop being a hypocrite Rahul Gandhi. You are making someone with identical views chief minister of Maharashtra. Udhav Thackeray, editor-in-chief of Saamana, wrote that Godse was a patriot. Is that why you are ashamed to attend swearing-in," BJP spokesperson G.V.L. Narasimha Rao said in a tweet.

Gandhi had earlier attacked the BJP over its MP Pragya Thakur's praise for Godse, saying her remarks represented the "heart and soul" of the saffron party.

Hitting back, Rao said, "Is Rahul scared that hugging Uddhav Thackeray is equivalent to hanging himself? Sena is wanted for grabbing power but is an untouchable. This is how Sultanates treat slaves, not partners. This is the ultimate insult to the legacy of Balasaheb Thackeray, the pride of Maharashtra (sic)."

Taking a dig at Thackeray, he offered his congratulations to the 'Godse Bhakt' and said the Sena supremo and his party MLAs had pledged their loyalty with the "Sultanate".

"Complete this surrender by renaming Saamana 'Sonia Nama'. They won't tolerate your nonsensical editorials dished out in your third rate paper," the BJP leader said.