Cutting across party lines, members of the Lok Sabha on Tuesday supported the Bill 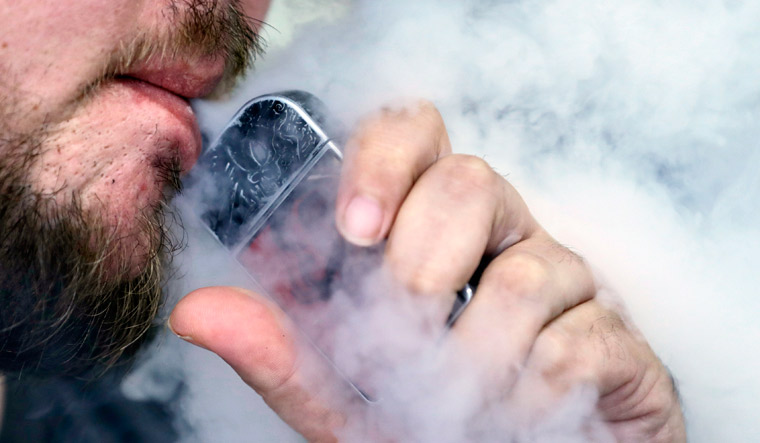 Cutting across party lines, members of the Lok Sabha on Tuesday supported the Bill to ban the production, import and sale of electronic cigarettes though the Congress questioned the government's decision to adopt the ordinance route for the legislation.

The Bill was moved for consideration and passage by Union Health Minister Harsh Vardhan.

Moving a statutory resolution objecting to promulgation of the ordinance, Congress member Adhir Ranjan Chowdhury said he has no fundamental objection to the contents of the bill but was against the adoption of ordinance route by the government for a subject which was not of urgent importance.

"The ordinance-addicted government," he said, cannot convey any strong message to the people.

He asked what the urgency was to come out with an ordinance at a time when 16 states have already banned e-cigarettes.

Observing that one million people die because of consuming tobacco products, Chowdhury said the government needs to thoroughly discuss issues concerning both conventional cigarettes and e-cigarettes.

He also dismissed the reports which suggest that e-cigarettes were less harmful than conventional cigarettes saying nicotine is harmful for health and any suggestion to the contrary, as pointed out by some research reports, was unacceptable.

Gandhi further said that introduction of e-cigarettes in the US has brought down the average smoking age to 17 years from 30 years which was alarming.

The Bill makes the manufacturing, production, import, export, distribution, transport, sale, storage or advertisements of such alternative smoking devices a cognisable offence, attracting a jail term and a fine.

The storage of e-cigarettes shall also be punishable with imprisonment of up to six months or a fine of up to Rs 50,000, or both, it said.

The bill authorised officials to conduct searches in premises, stating that where such searches were not permissible authorities might attach properties, stocks of e-cigarettes or records maintained by the manufacturer, producer exporter, transporter, importer, stockist against whom a complaint had been made.

It said the owner or occupier of the place that stocks e-cigarettes should voluntarily prepare a list of such stock in his possession and without delay submit the stock to the nearest authorised officer.

However, trade bodies promoting e-cigarettes, users and other stakeholders have been opposing the government's move to ban the alternative smoking device, alleging that it was a draconian step taken in haste to protect the conventional cigarette industry.