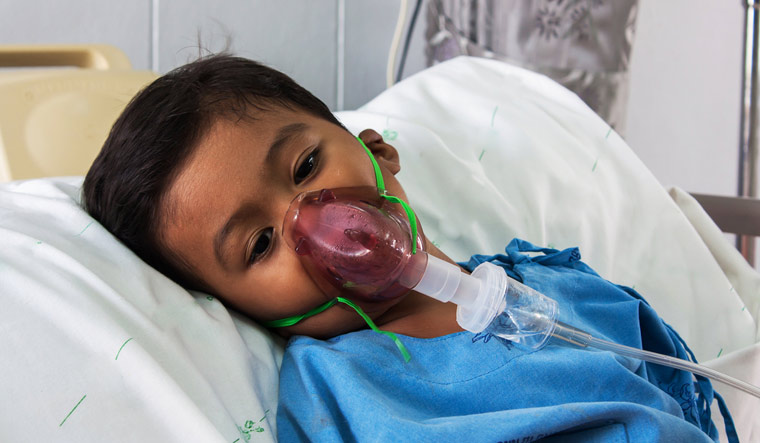 In a shocking incident, a renowned journalist has alleged that the Jaypee Hospital in Noida prevented his asthmatic teenage daughter from leaving even though she had been discharged. Jaypee Hospital was purportedly waiting for the patient's insurance company to settle her bills.

Hey @religarehealth I’ve been waiting four hours at @JaypeeHospital in Noida, for you to deal with my claim so my severely asthmatic child can get off her hospital bed. The hospital isn’t attending on her now she’s “discharged“; we can’t leave because...

Praveen Swami, who has worked with multiple national and international publications and is an expert on strategic affairs and security, narrated the incident in a series of tweets on Tuesday. Swami started by tweeting that he had been kept waiting for "four hours" by Jaypee Hospital after his "severely asthmatic child" was discharged. The hospital was waiting for Religare Health Insurance, Swami's insurance provider, to settle the bills. Swami wrote the "hospital isn’t attending on her now she’s 'discharged'; we can't leave because you [Religare Health Insurance] aren’t dealing with their bill."

Swami wrote he had offered Jaypee Hospital "to pay the entire bill on plastic and to wait but to let child go home", but the hospital refused. Swami then decided to call the Uttar Pradesh Police. The Uttar Pradesh Police told Jaypee Hospital "they can’t keep a teenage child prisoner," while sorting out their paperwork with Religare Health Insurance. Swami alleged an employee of Jaypee Hospital had said, "if they let child go, they won’t have 'leverage' to make me pay". Swami declared, "this isn’t a heath care system, it’s an organised crime cartel".

After he called the Uttar Pradesh Police, Swami wrote that Jaypee Hospital informed him that Religare Health Insurance servers were down. Swami claimed his daughter was finally allowed to leave after the police raised the spectre of wrongful confinement to Jaypee Hospital. "Finally, after the super professional cops explained the concept of ‘wrongful confinement’ to @JaypeeHospital they have finally discharged her."