Shivakumar admitted to hospital after he complains of chest pain 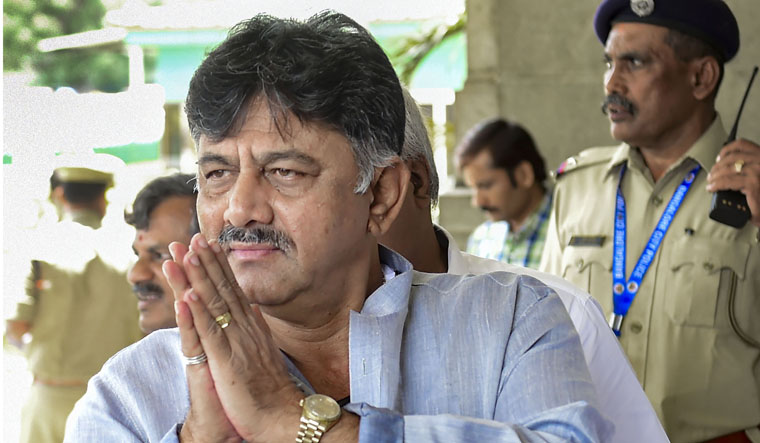 Congress leader D.K. Shivakumar was hospitalised in Bengaluru on Monday night following complaints of chest pain. As the doctor has advised complete rest, Shivakumar's family urged his well-wishers and followers to avoid visiting the leader for the next three days.

Shivakumar was admitted to the Apollo hospital in Seshadripuram with variations in blood pressure and sugar levels for the second time in the last fortnight. The former minister was released on bail from Tihar jail on October 23, where he spent 50 days on charges of money-laundering.

The Vokkaliga strongman, who is hoping to be the KPCC chief, has been visiting temples and religious mutts ever since he secured bail. On November 9, Shivakumar was accorded a grand welcome by partyworkers in Mysuru, following which he was accompanied by former MP R. Dhruvanarayana and local Congress leaders to the Chamundee hills. He climbed 1,000 steps of the hills barefoot to visit the Goddess Chamundeshwari temple. He also broke 101 coconuts in front of the temple and said he had prayed for the good health of AICC president Sonia Gandhi.

With a crucial bypoll coming up on December 5, Shivakumar is expected to play an important role in enhancing his party's prospects.