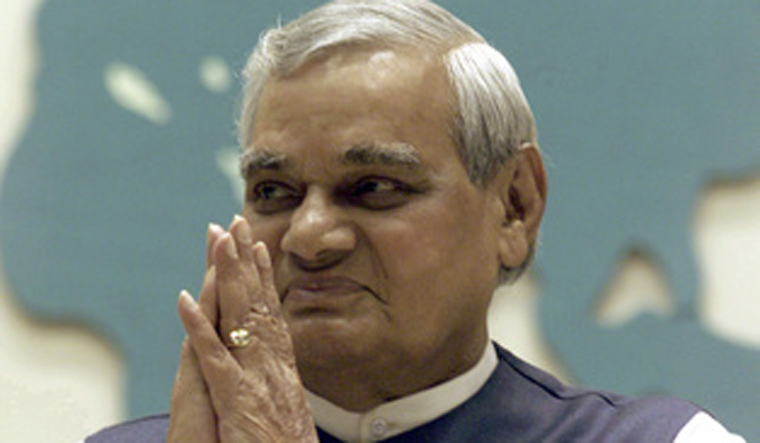 Atal Behari Vajpayee is the odd man out in the BJP. A softie in the midst of hardliners. But none of them can match his oratory or media savvy. THE WEEK met him soon after the Ayodhya incident. Excerpts from an interview:

Question: What was your reaction to the demolition of the disputed structure in Ayodhya?

Answer: It came as a shock. It should not have happened in the first place.


That means you failed miserably?
Yes.

But it is said that the demolition was pre-planned?
This is incorrect. If it had been preplanned, where was the need to give the assurance to the Supreme Court and Parliament that the disputed structure would be protected.

Then how did it happen?
To me, it seems that a section of kar sevaks had decided to demolish the structure and they had been fully prepared for that.

Will your party take action against those responsible for demolishing the structure?
We are trying to identify them.

How do you intend to do that?
We have our sources. Somebody in the VHP must have made arrangements for them.

Do you think that the image of the BJP has taken a beating because of the incident?
Yes of course. Because RSS is known for its discipline. Its general secretary H. V. Sheshadri made repeated appeals through the public speaking system, and those appeals were drowned in the din. Of course, the temple movement is a mass movement which is not confined to the party and the organisation, even then it was our moral responsibility to protect the structure.


What is your reaction to the decisions taken by the Central government?
The arrest of Advani, Joshi, the ban on RSS, VHP and Bajrang Dal and the plan to reconstruct the disputed structure will add to people's anger. Restoration of law and order should be the first priority as the country needs a healing touch. Provocative actions will not help.