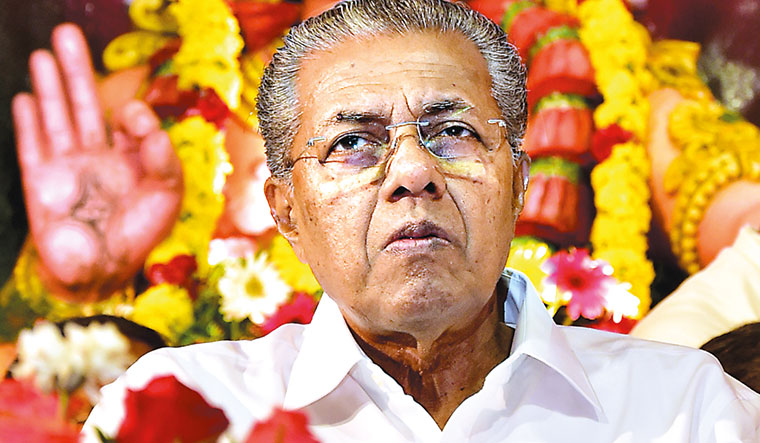 As public fury continues to grow in Kerala over the release of three men accused of raping and murdering two minor girls in 2017, Chief Minister Pinarayi Vijayan has said his government is considering seeking a CBI probe or reinvestigating the cases.

The two minor girls, who were sisters, were found hanging after being sexually assaulted in January and March 2017 in Attappalam in Walayar, near Kerala's border with Tamil Nadu. The victims were aged 11 and nine years; the older child was killed first.

Three of the four people accused in the Walayar cases were released on October 25 by a special court; the fourth accused had been acquitted last month.

Following the acquittal, criticism of the police investigation erupted amid allegations the ruling CP(I)M had attempted to stall the investigation. On Monday, the mother of the victims alleged that a “Left” party had attempted to scuttle the probe. She claimed "Workers of the party with the sickle symbol released a suspect from the police station at night". The parents of the victims had witnessed their elder child being sexually abused by one of the accused. The victims' mother said she had no trust in the police, who had not acted despite collecting evidence.

Responding to demands for a CBI probe from the opposition in the Kerala Assembly on Monday, Vijayan said the government was approaching the Walayar cases from a "humanitarian" standpoint. He said the government would file an appeal against the acquittals, examine any lapses in the prior investigations and assess whether reinvestigation or a CBI probe was required. However, the legislators of the Congress-led opposition front were not satisfied and raised a ruckus, leading to the adjournment of the house.

On Sunday, leader of the opposition Ramesh Chennithala of the Congress alleged that the investigation in the Walayar case had been sabotaged and compared it to the Kathua and Unnao rape cases of 2018 that had received considerable media attention over alleged political interference. In a Facebook post, Chennithala demanded a reinvestigation by a Central agency.

The outrage against the Walayar rape-murder cases has not been restricted to political circles. Malayalam movie star Prithviraj Sukumaran penned an emotional Facebook post on the issue on Monday Prithviraj argued, “what is more frightening than the incident itself, is the fact that there is a monotony setting in to writing these posts”.

He asked whether a "social media mob" was required every time for the system to act. Prithviraj concluded by saying, " And when a populace gives up on the system that sustains their structure, there will always be a revolution. In one form or the other."