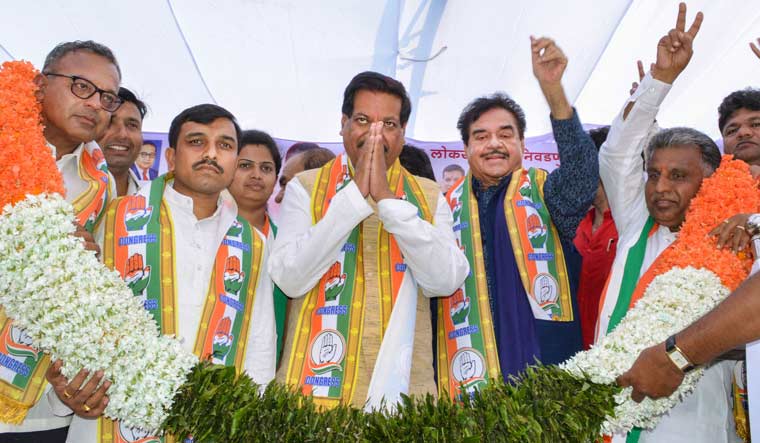 The Congress in Maharashtra on Friday accused the ruling BJP of attempting to restrict the movement of its leaders during campaigning for the October 21 assembly polls.

The ATC has become "Air Traffic Stopper", especially for the Congress, he alleged.

"BJP wants to restrict movement of our leaders. I have been stranded since yesterday at Solapur airport even Scindia ji. Yesterday reason for no clearance was PM movement, now no reason," Sawant tweeted.

Congress leader Jyotiraditya Scindia is scheduled to address election meetings in Kolhapur and Sangli on Friday.

However, the BJP rejected the Congress's allegation as baseless.

"During the Congress rule, too, a party candidate was unable to file his nomination papers since his flight was held up due to VIP movement," Maharashtra BJP spokesperson Keshav Upadhye said.

NCP MP Amol Kolhe had on Thursday alleged the helicopter he was to ride was denied flying permission by the air defence control in view of Modi's rally in Pune, leading to cancellation of his campaign meetings in the district.

In a video message, the NCP's star campaigner had said he was to address poll meetings in Bhosari, Pimpri and Chinchwad in Pune district, but was denied flying permission citing protocol in view of the prime minister's rally.