Ahead of the Howdy Modi event, two Kashmiris have filed a civil summons 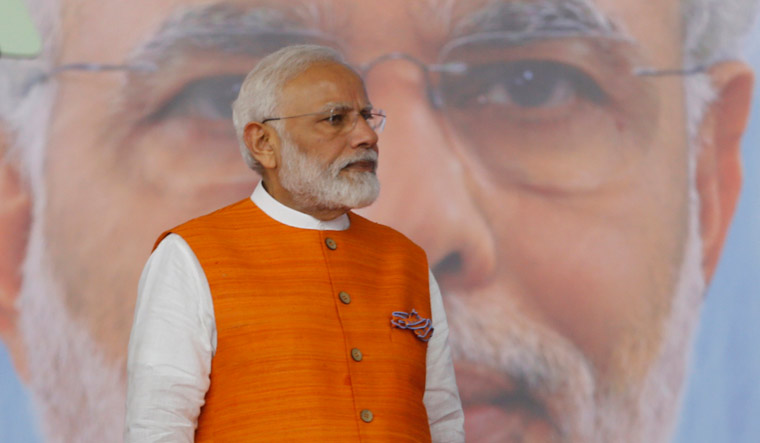 In a move that may spell embarrassment for Prime Minister Narendra Modi’s upcoming ‘Howdy Modi’ address in Houston, a 73-page lawsuit filed by a pair of Kashmiri-origin activists has accused the PM, amongst others, of human rights abuses and of inflicting “cruel, inhuman degrading treatment of punishment” upon the Kashmiri people.

In addition, the plaintiffs say that abrogation of Article 370 was illegal under international law, calling it an annexation.

The suit has been filed citing the Torture Victim Protection Act of 1991, which allows individuals under the actual or apparent authority of a foreign nation who subject individuals to torture or extrajudicial killings to be held liable for recovery of damages.

A court receipt circulated on social media shows a AO 440 (rev. 06/12) form (a summons in a civil action) with a Civil Action No. 19 CV 3532, filed on September 19, stating that the defendants have 21 days to answer to the complaint. The receipt is signed by a Clerk of Court named David Bradley (whose name appears on the US District and Bankruptcy Court of the Southern District of Texas website). The full lawsuit is yet to be made available on official portals.

Avtar Singh Pannu of the Sikhs For Justice organisation, who is listed as the attorney for the plaintiffs, shared the civil docket for the case, which is supposedly assigned to Judge Andrew S. Hanen. Speaking to the Houston Chronicles, Pannu said that Modi “can only escape if he has been granted immunity by the US Department of State”, adding that the Indian PM does not enjoy automatic immunity.

However, Modi also faced a lawsuit in the US during his 2014 visit, when the American Justice Center filed a suit accusing him of allegedly failing to stop the riots that took place in Gujarat in 2002. The case was thrown out the next year after a New York judge ruled that the PM was not under her court’s jurisdiction as he was entitled to immunity as a sitting head of government.

On social media, the lawsuit was shared and supported by the US-based secessionist groups ‘Sikhs for Justice’ and ‘Kashmir2Khalistan’.

The TVPA was also cited in a damages case against Sri Lanka’s former defence chief Gotabaya Rajapaksa, filed by the South-Africa based International Truth and Justice Project in April, 2019. The Act was first used against a Guatemalan defence minister, Hector Gramajo, who was accused of abducting, raping and torturing Sister Dianna Ortiz. Ortiz won the case, with the US ordering Guatemala to pay her $47.50 million in damages.

The event, which will also be attended by US President Donald Trump, is expected to see a crowd of up to 50,000 people at the NRG Stadium.