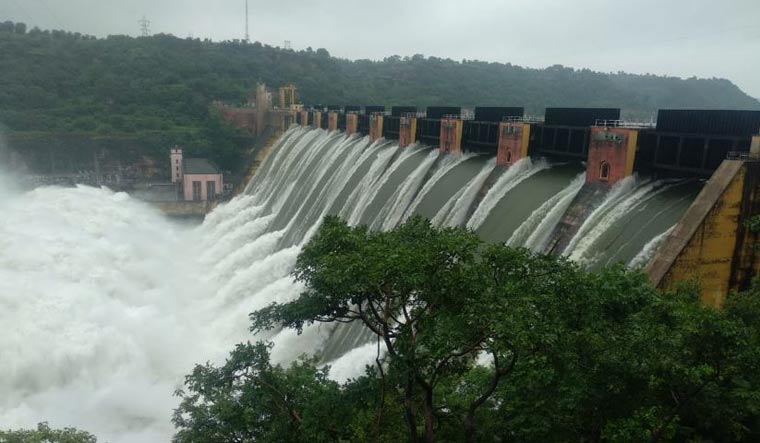 Hit by excessive rainfall, Madhya Pradesh is reeling under flood, staring at initially estimated agriculture and non-agriculture losses of Rs 10,000 crore. “These are very initial estimates and figures are likely to go up,” Chief Secretary S.R. Mohanty told media persons on Monday.

He also said the final estimates on damage and crop loss would be completed by September 23 or 24, well in time for the second assessment visit of the central team expected by month end. The central government is expected to release relief package for the state on basis of these visits and assessments.

The chief secretary asserted that it was totally wrong to say that the government was not alert on the flood situation as the initial assessment of losses has been completed even before the rainfall has stopped, whereas earlier it would take at least 20 days after the flooding to make the assessments.

He said that the preparations for flood relief started three months ago and in most cases, relief and rehabilitation were provided immediately.

The chief secretary also quelled apprehensions about danger to the Gandhi Sagar Dam in Mandsaur district that received huge surge of water from the Chambal river on the intervening night of Saturday and Sunday. He said that the dam was totally safe and the water level that had gone six feet over the full reservoir level (FRL) was coming down slowly. There had been reports about breach in the dam.

Of the 52 districts in state, 36 have been impacted by floods, leading to around 220 deaths in the season, principal secretary of revenue and relief department, Manish Rastogi, told THE WEEK. Around 45,000 persons have been evacuated from flood-hit areas and shifted to relief camps in the past 45 days. Currently about 18,000 persons are in the relief camps set up in Mandsaur, Neemuch, Bhind, Morena and Agar Malwa districts that were pounded by extremely heavy showers during the past three days, Rastogi said.

The flood situation in the state has also led to a flurry of statements from politicians. Former chief minister Shivraj Singh Chouhan who visited flood-hit Berasia near Bhopal and Mandsaur district during past two days has warned of agitation if the state government did not provide relief to the farmers by September 21. He also made allegations that the state government was not taking adequate steps for relief and rehabilitation.

Chief Minister Kamal Nath tweeted that he was keeping constant vigil on flood situation and was in touch with related officials. Directives of immediate relief and rehabilitation have been given and survey of crop loss was underway, he tweeted.

Public relations minister P.C. Sharma mounted an attack on the ex-CM saying that Chouhan was prevailing upon the central government not provide early relief package for Madhya Pradesh and added that even Rs 300 crore funds meant for the SDRF had been held back by the Centre. Chouhan retorted, saying that the minister should stop personal abuses and focus on relief and rehabilitation work.