A six-year-old boy was killed and his grandfather injured 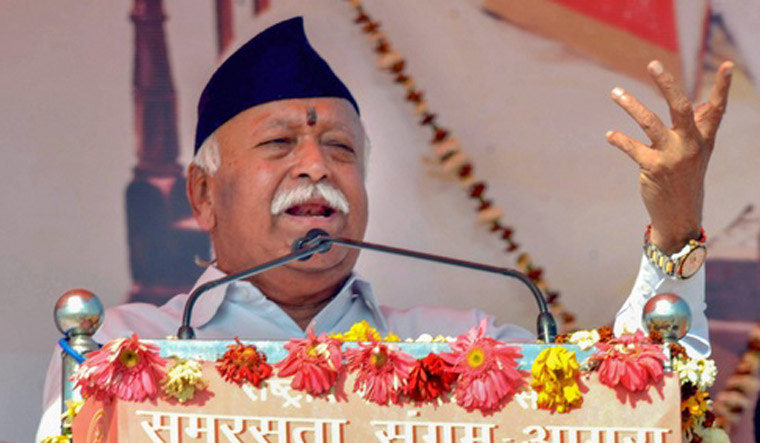 A six-year-old boy was killed and his grandfather injured when a car that was part of RSS chief Mohan Bhagwat's convoy collided with a two-wheeler.

The incident happened in Alwar district of Rajasthan while Bhagwat was returning from an event in the Tijara area. Police have registered a case against the driver of a car. The car involved in the accident is yet to be seized, police said.

"One of the cars in the cavalcade hit a motorcycle leaving six-year-old Sachin dead and his grandfather injured," said Ramswaroop Bairwa, sub-inspector of Mandawar police station.

The cavalcade went towards Behror after the incident, he said. The motorcade had eight to 10 cars, according to police.

"An FIR has been lodged against the driver of the car on the basis of the vehicle's registration number," Bairwa said, adding that further investigations are underway.

Bhagwat, who is a 'Z category' protectee, was on a trip to Alwar. He visited Baba Kamal Nath at his ashram in Gahankar village of Alwar to seek his blessing and also honoured him.

According to a release, the RSS chief held discussions with Baba Kamal Nath on religious and social issues.

In May this year, a vehicle that was part of Bhagwat's convoy overturned in an attempt to save a cow standing in the middle of the road. A security personnel was injured in the incident that near Warora on the Chandrapur-Nagpur highway of Maharashtra. "The driver tried to avoid the cow and braked hard, which resulted in a tyre burst and the vehicle toppling over," a senior officer said. The cow was unhurt in the incident.