OPINION: Can education incentive schemes give wings to India’s girls? 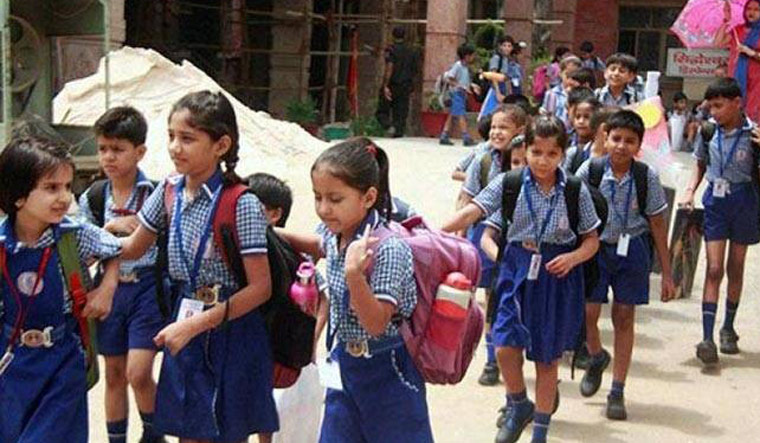 A common belief that many of us have is that children usually do not like going to school. However, in reality, ours is a country where circumstances often trump many children’s desire to learn and their love for school. And in India, the situation is quite averse for the girls.

Durga and Anjum (names changed to protect identity), two adolescents from West Delhi, can vouch for the trend. They loved going to school and wanted to complete their education to achieve success in life. They had their dreams, but reality intervened. For Durga, her parents and the community stopped her in her tracks, and for Anjum, it was a teacher whose frequent punishments and discriminatory behaviour scared her so much that she dropped out of school.

“I enjoyed going to school. But when I was promoted to class six, my parents stopped me from going any more. You see, in our community, adolescent girls are not usually encouraged to go out of the house,” says 13-year-old Durga, with an unmistakable angst ringing in her voice.

Anjum, a 14-year-old from the same colony, has a similar story to share. “I went to school till the seventh standard and it was a nice place. I liked everything about it, except for one teacher. He would scold us, even beat us up sometimes, if we failed to complete our homework. His attitude towards some of us was so discriminatory and unsupportive! He forbade the others from speaking to me or sitting beside me as I am from a different community. It became too much after a while, and I stopped going to school,” sighs Anjum.

This is the reality for just two girls, out of 37.9 per cent of the dropped-out girls of our country, as revealed by Unified District Information on School Education (U-DISE) 2016-2017 data. Education remains a distant dream for millions of them.

Recent data from U-DISE 2016-2017 reveal that the net enrolment of girls in primary education stands at 85 per cent, which is indeed a major improvement over the years. However, the main reason for worry is their retention in school. In order to change this scenario, and to retain more girls in schools, a significant effort has been made by the government at the state and centre in the form of the implementation of education incentive schemes for girl children.

‘Educating the Girl Child: Role of Incentivisation and Other Enablers and Disablers’, a recent study by Child Rights and You (CRY) attempts to assess if the benefits of the government education incentive schemes for girls has reached all strata of India’s population and the reasons behind the gaps, if any.

Today, there are several schemes being implemented by the Central and State governments to improve the rate of enrollment and retention of girls in schools. When parents were asked about their knowledge of different schemes during the study, Mukhyamantri Cycle Yojana (implemented in Bihar) and Beti Bachao Beti Padhao (implemented nationally by the Central Government) were most popular.

Since Beti Bachao Beti Padhao does not offer any direct benefit/incentive to the girl child, it cannot be deemed as an education incentivisation scheme. However, BBBP is an awareness scheme that focuses on improving the child sex ratio and changing attitudes towards the girl child.

The study was conducted with 11-18-year-old girls and their parents across four states - Haryana, Gujarat, Andhra Pradesh and Bihar. One of the significant revelations made, was that girls from socially and economically backward classes did not receive any benefit in school.

Around 31 per cent girls, mainly from the age bracket of 11-14 years and from lower economic and social strata, reported not receiving any incentive in the school. However, scholarships and free books were the most popular incentives received by school-going children. Durga and Anjum, were as clueless as these 31 per cent girls, when asked about availing the incentive scheme benefits when they were in school.

“No, I don’t. My parents also don’t know a thing. I have never seen them availing any such scheme ever,” says Durga.

“If you mean the free textbooks and uniforms, then yes, we used to get them from school. But nothing apart from that, in terms of money or scholarships,” Anjum is sure.

At the policy level, the study finds that parents could not avail the benefits provisioned under the schemes promoting education for girls due to limited information and awareness about the schemes. This also happens because most of the girls are first-generation learners in their family, just like Durga and Anjum. Both their mothers are non-literate.

“I have never been to school and Durga is the first girl in the family to go to school. I am not aware of any schemes or incentives that she had or was supposed to receive while she was in school,” says Parvati (name changed), Durga’s mother.

Meanwhile, Anjum’s mother, who too has never received any formal education, is only aware of the free textbooks and uniform that her daughter used to get from school. But she has no clue if that falls under a welfare scheme.

Our experience of working with girls for forty years has revealed that parents who are aware of the various education incentive schemes need to pass the knowledge on. This way more and more people can reap the benefits of these schemes and their daughters can be empowered too. Passing on knowledge is essential as almost 40 per cent of the parents reported that they were unaware of the government schemes.

Also, the study highlights delay in disbursal of funds as another significant reason for girls not being able to receive incentives under the various schemes.

Incentivising girl child education can be deemed as a significant factor in promoting GCE due to its strong correlation with the enablers and disablers impacting girls’ education. Benefits of incentivisation schemes are likely to enhance the enabling factors while eliminating the disablers. For instance, schemes like Cycle Yojana are implemented to address two vital disablers—lessening girls’ dependence on someone else and [making it easier for them to] travel a long distance to reach school. While scholarships, free books or monetary incentives are aimed at motivating students to continue schooling.

It, therefore, becomes imperative to create mass awareness about these schemes and ensure timely release of funds, so that benefits provisioned reach the last child in remotest corners of the country.

At the same time, it is also crucial that we keep in mind the importance of focusing on addressing deeper barriers in systems, institutions, communities and households, while implementing incentives. The two need to go hand in hand to change the face of education of girls in India.

The author is the Director, Policy Research and Advocacy at CRY.