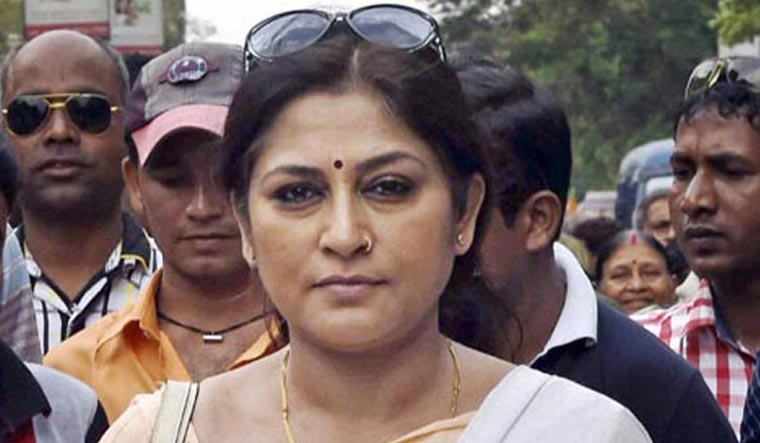 BJP Rajya Sabha MP Roopa Ganguly asserted that the law should take its own course hours after a car driven by her son, who was allegedly inebriated, crashed into the wall of a south Kolkata club on Thursday night. According to PTI, several people in the vicinity had a narrow escape as they scampered to safety before the car hit.

Akash Mukherjee (21) rammed his car into the wall of the club in the Golf Garden area while taking a turn. Incidentally, Ganguly lives in an apartment in the area. The car destroyed a portion of the boundary wall, with the driver trapped inside. No one was injured in the incident, with Mukherjee's father rushing to help him get out of the vehicle.

Mukherjee was taken to the Jadavpur police station as local residents claimed he was driving under the influence of alcohol. He was arrested later in the day for rash driving.

How funny.. i spoke to him in the afternoon.. discussed about his lunch and other basic things at 3pm.. now i get to hear such stupid comments by the media. He just left this morning by 7.50 flight.. what sort of political rubbish is this ? https://t.co/iVxX6xDnJs

Taking to Twitter, Ganguly said that she had called police to take care of the accident “with all legal implications...No favours/politics plz”. She added “I love my son” and will take care of him, but “law should take its own course”. Ganguly declared “neither does she do wrong nor tolerate wrongdoing” and added she “was not for sale”. Interestingly, Ganguly also tagged Prime Minister Narendra Modi in her tweet.

In a separate tweet, Ganguly accused the media of making “stupid comments” and asked “what sort of political rubbish is this?”