Several opposition members asked for the withdrawal of the bill 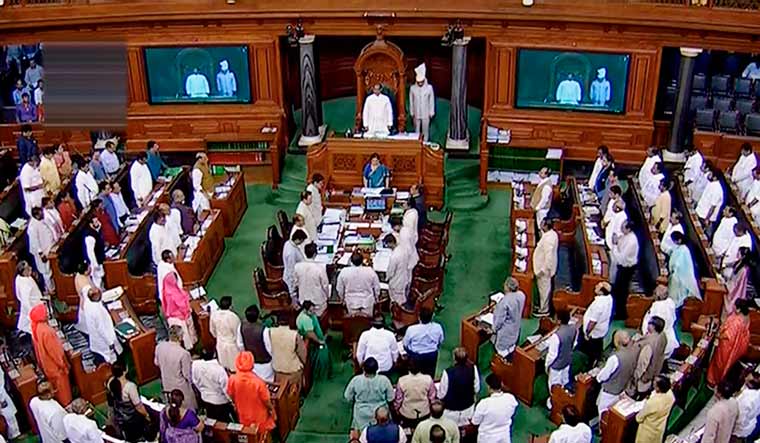 On a day several doctors held an agitation against the National Medical Commission Bill outside the Union health ministry saying it was against the students and the doctors, the Lok Sabha passed the bill. Several opposition members also opposed the bill and asked for its withdrawal.

Union Minister of Health and Family Welfare Harsh Vardhan said the bill is one of the biggest reform being brought by this government. He said the bill will change the face of medical education sector. He said the National Medical Commission will replace the Indian Medical Council which had been mired in corruption. He assured the House that members of the NMC will be selected carefully among those with impeccable credentials. "The NMC Bill is against vested interests. It will help us move away from inspection-raj. It will select one-time and full-time regulators,” the minister added.

The bill seeks to constitute a National Medical Commission with 25 members. The NMC will frame policies for regulating medical institutions, professionals, and frame guidelines for determination of fees for up to 50 per cent of the seats in private medical institutions and deemed universities regulated under the bill. The bill also allows grant of limited license to certain community health providers connected with the modern medical profession to practice medicine. These mid-level practitioners may prescribe specified medicines in primary and preventive healthcare.

Given the concerns around this clause, the health minister clarified that students would be able to sit for this exam multiple times to improve their ranking for PG courses, or if they fail to clear it the first time.

The provisions of the bill to provide license to community health providers to administer medicine to tide over paucity of doctors in rural areas attracted a lot of criticism. Opposition members said this will encourage quackery. “You are saying good doctors for urban areas, but why encourage quackery for rural areas,” Congress leader Adhir Ranjan Chowdhury said. He also asked for sending the bill to standing committee again for scrutiny.

Harshvardhan said the bill has already been sent to the standing committee and the government has accepted 47 out of the 56 recommendations of the panel. The minister said the need for trained medical professionals in addressing the needs of the population has been appreciated by the world bodies. “The Community Health Providers will be trained to treat ordinary ailments, we need people to work in 1.5 lakh health and wellness centres in remote places,” the minister said.