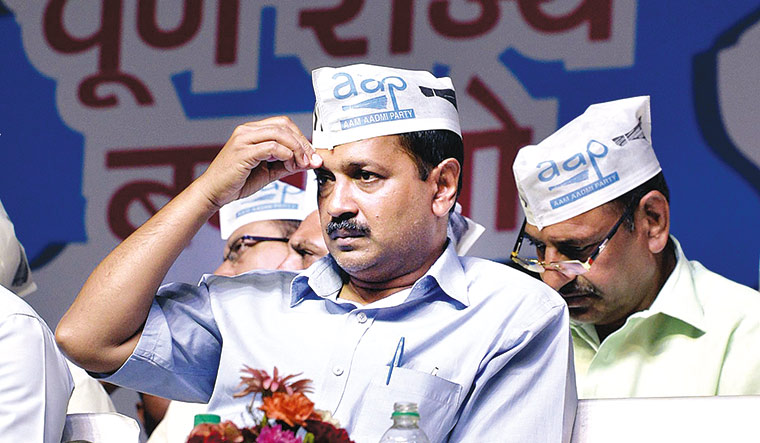 Post Lok Sabha elections, Delhi Chief Minister Arvind Kejriwal seems to have made a perceptible change in his stance towards the Bharatiya Janata Party (BJP) and the Central government, taking care to come across as being less confrontationist and more accomodating.

There have been few occasions in the recent weeks when the Aam Aadmi Party (AAP) convenor has either appeared to be on the same page as the Centre or has spoken about the Delhi government and the Centre collaborating on issues pertaining to the national capital.

Recently, he shared the dais with Union Minister for Jal Shakti Gajendra Singh Shekhawat to lay the foundation stone of what is billed to be the country's biggest sewage treatment plant. When Shekhawat pointed out that the posters put up to mark the occasion did not give credits to the Centre, although the latter had given 85 per cent of the funds, Kejriwal responded by saying that all stakeholders should get credit.

“As DJB (Delhi Jal Board) was organising the event, officials could only see their boss' photo. It should be taken care of that all stakeholders should get the credit,” Kejriwal said at the event.

The somewhat friction-free working relationship seen of late is completely different from the bitterness that marked the inauguration of the Signature Bridge across the Yamuna, when the state BJP President Manoj Tiwari had protested against the Delhi government for not inviting him to the function. Tiwari represents the Northeast Delhi constituency, which the Signature Bridge connects with the rest of Delhi.

The initial and biggest sign of the strategic shift in the manner in which Kejriwal has dealt with the Centre was his meeting with Prime Minister Narendra Modi after he was sworn in for his second term in the top job. The chief minister invited Modi to visit one of the Mohalla clinics started by his government.

“Ayushman Bharat was briefly discussed. Informed Hon'ble PM that Delhi Govt's Delhi Health scheme is much bigger and wider in scope. However, assured him to examine if Ayushman Bharat scheme cud also be integrated into our scheme,” he tweeted after the meeting.

Also, the chief minister recently met Lieutenant Governor Anil Baijal to discuss the issue of compulsory retirement of corrupt officials of the Delhi government. He has directed all the cabinet members to prepare a list of such officers in their respective departments so that they can be made to retire compulsorily.

This will be in line with the Central government's initiative of retiring such officers under Fundamental Rule 56 (J) of Central Civil Services (Pension) Rules, 1972.

While inaugurating the installation of CCTV cameras in his assembly constituency, Kejriwal said, “The Centre and Delhi Police need to step up security in the city. We will work together with them to make Delhi safer for all. Delhi government is installing CCTVs across the city, which will also help the police combat crime.”

The present stance of Kejriwal is in contrast to the confrontation with the Centre and the BJP that has been witnessed through most of the AAP government's tenure. Kejriwal has often attacked Modi for targeting his government and bearing a vindictive attitude towards him, his ministers and the AAP legislators. The clash between the Kejriwal regime and the Lieutenant Governor, who is the Centre's representative in the national capital, had even made its way to the court.

The AAP government's perceptible softening of stand with regard to the Centre comes amidst a growing number of leaders, including elected representatives, from various parties joining the BJP. Kejriwal's party has in the past accused the BJP of attempting to poach its MLAs, and it is believed that the AAP fears that it might lose its legislators to the saffron party in the run up to the Assembly elections. In the Lok Sabha polls, the AAP failed to win even one of the seven seats on offer in Delhi, and ended up in third position in five of the constituencies behind the BJP and the Congress.

Another factor that could be determining Kejriwal's change of stance is the assessment that his clashes with the Centre have not gone down well with Delhi's electorate. It is felt that by taking on Modi and the Centre repeatedly, and accusing the BJP regime of not letting the Delhi government function, Kejriwal was looking like a compulsive confrontationist and as someone who was blaming others for his government's shortcomings.

Recently, asked by the media whether he was being soft on the Centre, Kejriwal said, “What do you mean by soft? Why would we go soft (on the Centre)? We have repeatedly said that the Centre should take firm steps with regard to the deteriorating law and order situation in Delhi...we are ready to work with the Central government in this regard.”