Outcome, that's the focus when it comes to funding education 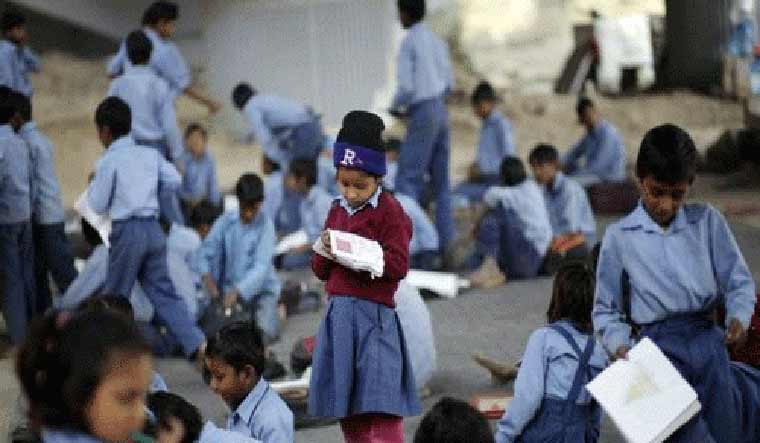 His parents expect him to take care of his two younger siblings, so he would not come to school. An all too oft-heard story of many underprivileged kids who don't go to school or drop out. Another worked in a liquor vend, went astray and so never came to school.

Two of them were orphans and had nowhere to go, and so were in school! These two would, otherwise, have been begging.

These and other similar children in the age band that would normally qualify them to be in class one or two or three, were grouped together in an Ahmedabad  school  where one of the NGOs working in the field of education, intervened to improve their lot.

On Monday,  the  Development Impact Bond (DIB), a consortium of international coalition of public, not for profit and private sector organisations that chose India as the laboratory to effect change in education, proudly announced that at the end of one year, their work had led to 30 per cent more students (many like those described above), had overcome gaps in their learning, and had acquired basic literacy and numbers skills.

Also, 40 per cent of participating schools met or exceeded their targets in improving proficiency levels, outperforming the non-DIB schools they compared with, at the end of one year.

The DIB people seem like agents of a bunch of people putting their money in educational outreach, somewhat the way corporates would in the course of Corporate social responsibility (CSR). But, made up of British Asian Trust, Michael and Susan Dell Foundation, UBS Optimus Foundation and UBS Tata Trusts, DIB comes with a new approach to funding. They use innovative funding method that drives results-based outcomes to improve the quality of education in India.

The partnering NGOs are simply paid upfront and instead of being allocated funds for specific activities—like building schools, facilitating smart class rooms or having x number of teacher training work shops—they are given goals in the form of learning outcomes that an independent evaluation of school, teachers and students will quantify.

The outcome evaluation was based on a random sample of over 12,000 students from 155 schools. The programme now covers over a lakh of students in the 5-11 age group, spread over 600 schools.

It has been all of one year that DIB has been working in India. “In many ways, year one was a start-up year for both; the DIB and the NGOs testing the concept and allowing for adjustments to make improvements along the way. The ambition remains that the learnings from the DIB will be used to create an education 'rate card', as assessment of costs for tried-and-tested delivery outcomes against funding, to improve the quality of education,” said Richard Hawkes, Chief Executive of British Asian Trust.

The DIB hopes that the processes and methods their partner NGOs develop and use to bring about this enhanced learning outcome, can be scaled up by government across the country.