An alleged misuse of disability pension was highlighted in December 2014 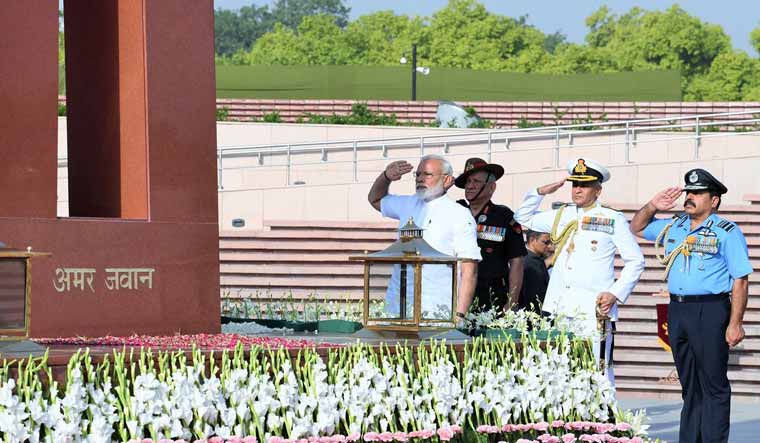 The alleged misuse of disability pension was highlighted in December 2014 by the Director General Armed Forces Medical Services (AFMS) in a letter to then Defence Secretary R.K. Mathur.

Lt Gen B.K. Chopra, DG DFMS, in the letter dated December 16 2014, stated that "the trend of senior officers seeking to be placed in low medical classification at the fag end of their career in the armed forces or leaving service in SHAPE-1 and preferring post-discharge claims soon thereafter needs to be curbed to prevent the inevitable epidemic of such cases in the future."

He added that disability pensions have become an easy and attractive source of tax-free supplementary income rather than a lifeline to wounded veterans that was nobly intended by the lawmakers of yesteryears.

"They are getting the disability pension, it is only being taxed,” said an official who maintained that such cases are relatively few, but need to be tackled.

The 2014 letter details two cases of misuse—one being senior officers suddenly presenting diseases of a chronic, degenerative nature, or lifestyle-related disorders like diabetes “at the fag end of their service”, and seeking to be placed in low medical classification a few months before their superannuation.

In the case of senior officers, the letter states that “specialists and medical officers working in hospitals under their command find themselves constrained to oblige.”

In a notification dated June 24, the Central Board of Direct Taxes (CBDT) under the finance ministry said that “such tax exemption will be available only to armed forces personnel who have been invalidated from service on account of bodily disability attributable to or aggravated by such service and not to personnel who have been retired on superannuation or otherwise.”

However, the notification didn’t state from when this is effective and whether it would be prospective or retrospective.