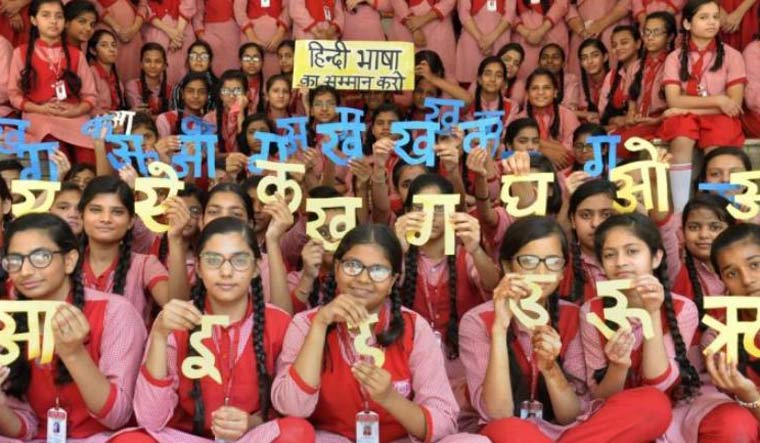 Days after the Narendra Modi government took over in Delhi, its draft National Education Policy has kicked up a political storm in Tamil Nadu. After strong protests and oppositions from the state, the Ministry of Human Resources Development (MHRD) has released a revised draft. The revision has been made after politicians, academicians and citizens in the state slammed the New Education Policy draft for “imposing” Hindi upon the non-Hindi speaking states.

“The draft has been changed now. But the Centre’s three-language policy continues. The Union government was always for three-language (formula). In Tamil Nadu, we follow the two-language policy. I am afraid if education will be whisked away from the concurrent list and taken into the central list, which is much more dangerous,” says D. Ravikumar, MP from Villupuram Lok Sabha constituency.

The revised draft released by the MHRD says, “In keeping with the principle of flexibility, students who wish to change one or more of the three languages they are studying may do so in Grade 6 or Grade 7, so long as they are able to still demonstrate proficiency in three languages (one language at the literature level) in their modular board examinations sometime during secondary school.”

However, the revised draft doesn’t specifically mention which are the three languages the students must study in middle school. It also makes it clear that the Centre’s three-language policy will continue by stating that “it needs to be implemented in its spirit throughout the country, promoting multilingual communicative abilities for a multilingual country.”

Meanwhile, the DMK and other opposition parties in the state, who have been vociferous against the New Education Policy draft, point out that the draft itself is internally inconsistent, as it doesn’t give a proper explanation on the language formula. According to them, the draft initially talks about learning in mother tongue and then goes on to talk about revised syllabus and then on the language.

While the original draft before revision required students from non-Hindi speaking states to study Hindi and English apart from their own regional language, the revised draft says the third language need not be Hindi but any other regional language.

I don’t believe in this revision. In the New Education Policy, I see the contempt against English. It is anti-intellectualism which is being promoted. English is always a symbol of modernity. But through this the Centre is trying to take back the society to 18th or 17th century. One nation one language is a Hindutva project,” says Ravikumar.

In the meantime, in its meeting of MP, MLAs and district secretaries on Monday, the DMK passed a resolution against imposing Hindi. “Don't play with Tamils in the name of the three-language formula,” the resolution reportedly stated. It also resolved to strongly oppose any threat to the two-language formula in the state.