"You should get raped": Instagram takes down viral video

VIDEO: A middle-aged woman tries to shame a group of young girls in Delhi 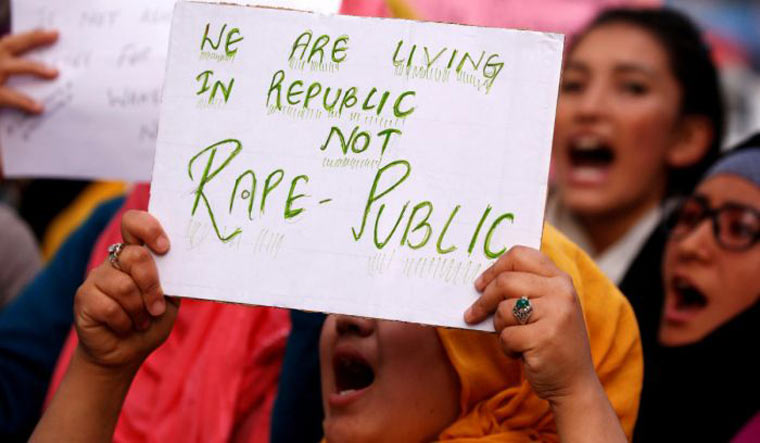 A ten-minute video depicting the aftermath of a public-shaming incident in a Delhi restaurant has been going viral.

In the video, a group of young women alleges that an older lady they had passed by in a restaurant told them "You should get raped" on the basis of their clothes.

Additionally, the women allege that the lady pointed at their dresses and then at the other men in the restaurant, asking the men to rape her.

One of the women, Shivani Gupta, put up the video on social media. In it, the women follow the lady to a shopping complex and accost her over what she had earlier said. In the course of ten minutes, they demand an apology, receive none, and finally get the lady to reiterate her beliefs — the video ends with the lady agreeing to call the police and standing by what she said.

At the eight-minute mark, the lady addresses the camera in broken-English and says:

"Hello guys. these ladies want to wear short to short dress to encourage all to see them. Wow, very good... These all the ladies wear the short dress or naked to rape."

She turns and walks away, but returns to address the camera, "Hi all! If you are the parents, please control the girls. Control their behavior, their dresses, and tameez se baat karna... spread this all over INDIA." She then states that she will call the police on all four of the girls.

Shivani Gupta shared the video and a post on Facebook, where it has over 12,000 shares as of writing.

"Hey guys. Today my friends and I were harrassed by a woman at a restaurant for me wearing a short dress. This middle aged woman you'll seei n the video addressed seven men at the restaurant to rape us because she felt we deserved it for wearing short clothes and bashing her unsolicited opinion. For speaking up against her primitive mindset.

Our instinct was turn away from the drama [sic] but supported by our colleagues, we took her on at a shopping centre, nearby. We gave her the chance to apologise, to no avail, of course. Nothing moved the needly for her, not even another woman who learned the story on the spot and implored the ghastly woman to apologise. See for yourself. And share."

The video that was first shared on Instagram has since been taken down. The girls have been resharing the video on Facebook and Twitter with the hashtag #auntyjiapologise .