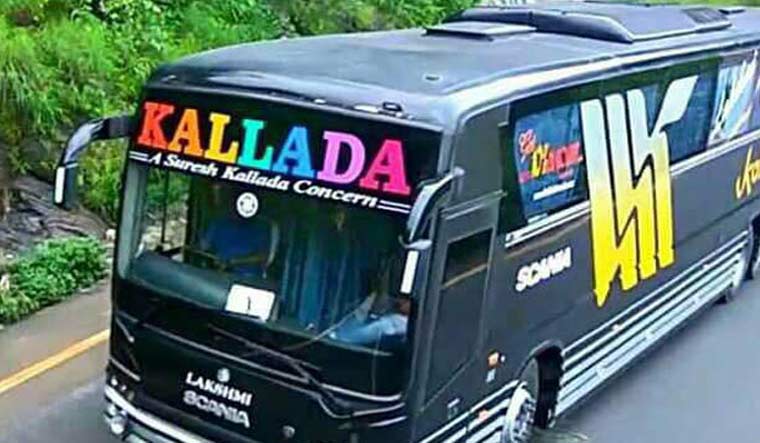 A day after passengers on board an inter-state private bus operated by the Kallada group and heading to Bengaluru from Thiruvananthapuram were beaten up by its employees in Kerala, social media is awash with tales of bitter experiences faced by people who had earlier travelled on buses of the same transport chain. The Kallada group has taken to Facebook to share its version of events.

More and more people are coming out to recount their ordeals. One such person is Maya Madhavan, a member of the faculty at University College, Thiruvananthapuram, who shared her experience on Facebook.

“The recent incident on the Bengaluru-bound Kallada bus makes me recall a nightmare we had to face some time ago. Myself and my daughter were waiting at Kallada’s office in a remote village in interior Tamil Nadu to catch a bus from Chennai to Thiruvananthapuram. The bus was supposed to arrive by 11pm, but the staff at the office said that it was delayed and would reach only by midnight. But even at 1am, there was no sign of it,” Maya wrote in her post.

Soon, the ordeal began. The Kallada staff allegedly asked Maya and other passengers to wait at a nearby bus stop, closed the office and left. “There was me, my daughter and two or three other men as passengers,” she wrote.

In a totally unfamiliar place, Maya and her daughter were virtually stranded in the middle of the night. They had to use the washroom, especially as they had periods. “There was a man whom the Kallada staff had said was the manager at the bus stop. We pleaded with him to open the office and allow us to wait there. But he kept on repeating, ‘The bus will arrive right now’ and didn’t listen to us. That

forced us to go behind a parked lorry to carry out our basic needs. The area was an open space with several cattle roaming around. You can imagine what we went through,” Maya wrote.

Finally, the bus arrived by 5am, but the Kallada staff on the vehicle were not at all courteous. “They kept repeating that they were late and vented their frustration on the passengers. The response for requests to carry out basic needs was choicest swear words. One elderly passenger said that he had to take some medicines after having food. He too was abused. A retired teacher was left speechless,” says Maya.

More was to follow. The plea to stop the bus for using the washroom and having food provoked the bus staff. They parked the bus on the roadside and challenged the passengers. "Let the bus remain here. We’ll see what you will do,” the staff, who behaved like goons, said.

“These incidents were taking place in the bus around noon, while it was scheduled to reach Thiruvananthapuram by 7am,” Maya wrote.

She had spent around 13 hours on the bus and outside without using the washroom or having proper food till then.

Again, she had to plead with the Kallada bus staff to resume the trip. Finally, they relented and the bus arrived in Thiruvananthapuram by 6pm, which was 12 hours late. “My daughter Malu had posted about this ordeal while on the bus itself. Some friends who read it asked us to approach the Consumer Redressal Forum. But, like all Malayalis who don’t want to get into unnecessary trouble, we did nothing. We, in fact, regret that decision now and extend all support to the campaign against Kallada,” says Maya.

The latest incident involving the same bus operator occurred on Saturday night after a scuffle broke out between a few passengers and the bus crew after the former objected to the delay in arranging an alternate vehicle after the bus they boarded broke down near Karuvatta, Haripad, in Alappuzha district.

After the bus reached Vyttila in Kochi around 4am on Sunday, some bus employees from the Ernakulam base of Kallada barged in and started thrashing the passengers who raised their voices in Haripad. The youth were dragged out of the bus as they tried to retaliate. The bus continued on its Bangalore trip without them.

A case has been registered after one of the victims, Ajayaghosh, contacted the police over phone, said Maradu SI Baiju P. Babu. Following the incident, the police arrested two bus employees.

Meanwhile, on Monday, after news of the incident on a Kallada bus went viral, the company released a statement on its Facebook page. The Kallada group alleged the three youth had attacked their staff first. It expressed regret over the incident and said those responsible had been suspended.

Kallada called the incident a “reactive assault than a proactive one”. The Kallada group even uploaded videos of its staff who claim they were assaulted by the youth.

This article was originally published in onmanorama.