Aero India: What is USP of the Lockheed Martin F-21 for IAF? 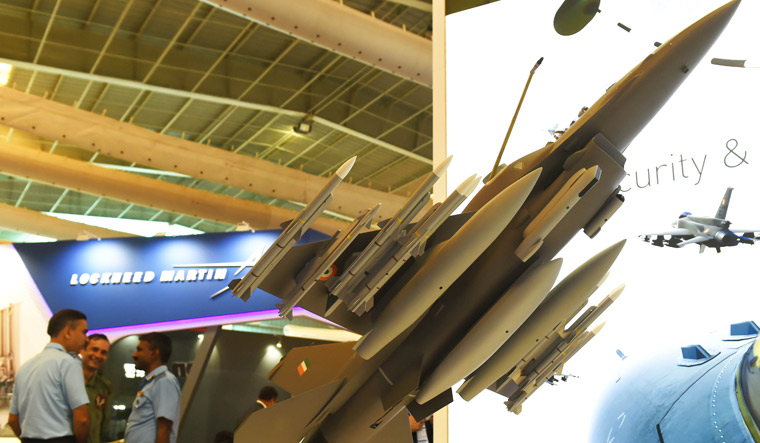 In December 1981, Pakistan signed an agreement to buy 40 F-16 fighters from the US as India's western neighbour became the launchpad of resistance to the Soviet invasion of Afghanistan.

Nearly 40 years later, Lockheed Martin, the current manufacturer of the F-16, has, effectively, rebranded the fighter as the 'F-21' and offered it to the Indian Air Force at a time Washington is aggressively courting New Delhi.

The unveiling of the F-21, which coincided with the opening of Aero India on Wednesday, has provoked questions on whether the new name was just mere marketing strategy or a radical upgrade. Lockheed Martin is competing with six other manufacturers to win an IAF contract to supply 114 fighters. Tata Advanced Systems would produce the F-21 in India.

CGI images of the F-21 show it with multiple ejector racks, enabling carriage of up to three air-to-air missiles on a single weapons pylon, a capability not seen on in-service F-16s. The aircraft is also seen equipped with a retractable refuelling probe, which would allow it to receive fuel in mid air from the Indian Air Force's Russian-built tanker aircraft, unlike existing F-16s.

However, there appears to be little to no modification of the F-21's engines and airframe or emphasis on stealth features. Such modification would have added to costs and caused delays in development, negating the main advantage that the F-16 has offered for decades—affordability. But the absence of such upgrades would handicap the F-21 in dealing with advanced air defences and fifth-generation aircraft being developed by China.

Lockheed Martin's webpage on the F-21 describes it as “For India, From India”. Leaving aside a slick video featuring liberal use of graphics, the Lockheed Martin page on the F-21 notes the fighter will “address Indian Air Force’s unique requirements and integrates India into the world’s largest fighter aircraft ecosystem.”

It also devotes space to the “unprecedented Make in India” opportunities the F-21, if purchased, would bring to India, noting that companies of all sizes—including MSMEs—could benefit. Lockheed Martin also notes that in addition to creating thousands of jobs in India, an F-21 contract would support thousands of jobs in the US.

Interestingly, the F-21 was also described as a “pathway to the F-35”, with Lockheed Martin noting the aircraft “has common components and learning from the 5th generation F-22 and F-35” (Note: Lockheed Martin removed references to the F-35 from the F21 page later on February 20). Several current F-16 users such as Singapore, Israel, Norway and the Netherlands have selected the F-35. However, an F-35 offer to India may not happen in the immediate future, given the fifth generation aircraft's high price and strict US monitoring requirements on user nations.

One of the main criticisms of previous F-16 offers to India was the fact that the design has been in service since the late 1970s and is also operated by Pakistan. The F-21, at first glance, does little to redress those worries. It appears Lockheed Martin is counting on its partnership with Tata and the promise of job creation and technology transfer—in addition to the IAF's dire need for new fighters at affordable prices—to win New Delhi's nod.