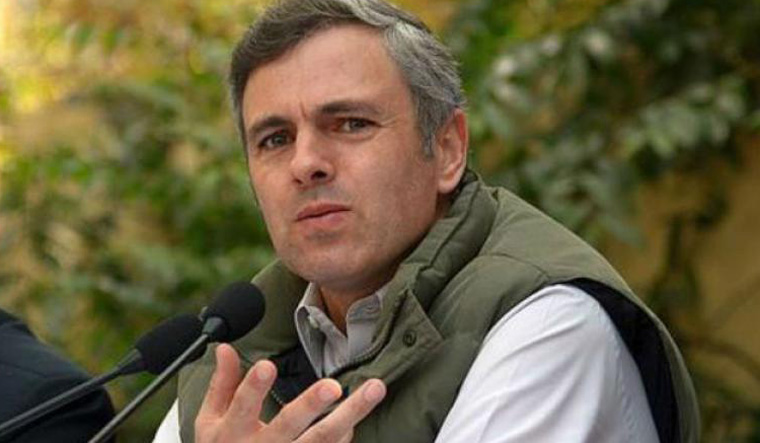 Former Jammu and Kashmir chief minister and National Conference vice president Omar Abdullah on Thursday said the NC will repeal the Public Safety Act if given a majority in the upcoming asssembly elections.

Addressing a workers convention in Pulwama, Omar Abdullah said: “I assure you and through you I assure the people of Jammu and Kashmir that the day National Conference makes a government on its own, God willing in 2019, within days I will repeal PSA. I am telling you (workers) that I will blot it out from the papers forever.”

The audience responded with a huge round of applause. He said the coalition governments have proved detrimental to the interest of the people of the state.

“We have seen enough of handicapped governments, where we remain at the mercy of someone,” he said. “Late Mufti (Muhammad Sayeed) was there (as CM), courtesy (Ghulam Nabi) Azad and Azad was CM thanks to Mufti. And I remained in power for six years because of Congress support.”

Omar, who is the chief ministerial candidate for the NC, said that is “why we want a government on our own to rectify things.”

He said the Armed Forces Special Powers Act (AFSPA) won’t be revoked without discussing it with the Centre.

“But what about the state laws, why we can’t revoke them,” asked Omar Abdullah.

He added that the parents of the youth who who were arrested suffer. “Why would our youth be arrested under PSA?” he asked. “Why parents won’t suffer when their children are being lodged for months.”

The PSA, which was originally enacted to deter timber smugglers in Kashmir, has been sweepingly used against separatists and their supporters by successive governments in the state.

The PSA is slapped on political prisoners by deputy commissioners on the basis of the case prepared against the accused by police. There are people in Kashmir who have been detained under the PSA several times.

Separatist leader Masarat Alam of Muslim League has been detained under the PSA for more than 37 times till date. His detention has been repeatedly challenged in the court but he has not been released after his last arrest in 2015.

Earlier, in an interview with THE WEEK, Omar had said, he and former Union home minister P. Chidambaram had agreed to remove AFSPA from certain areas in Kashmir but the move couldn't see the light of the day due to objections from the Army.