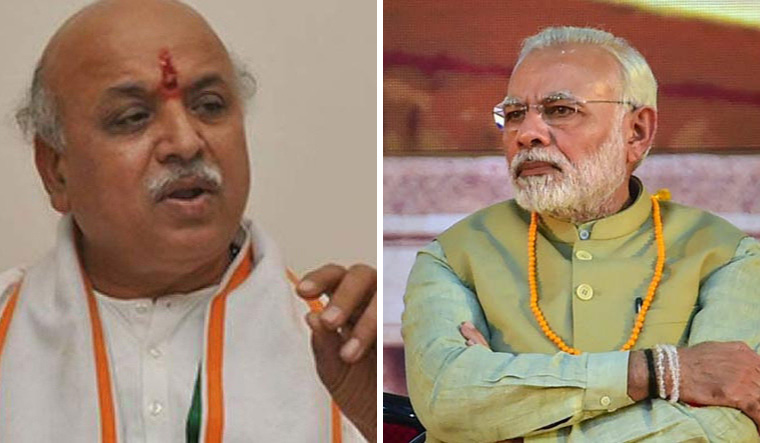 Prime Minister Narendra Modi has always been vocal about his humble beginnings. The story of his past as a tea-seller is a theme that makes it to his speeches, time and again. However, Pravin Togadia, former VHP international working president, has now claimed that not once during their 43 years of 'friendship' he saw Modi selling tea. Togadia, who is now the head of Antarrashtriya Hindu Parishad, said all stories of PM Modi's past as a tea-seller was only to gain public sympathy.

It has been widely acknowledged that the BJP tapped into Modi's humble origins as a tea-seller to gain public sympathy in the 2014 election campaign, which it won in a landslide. However, doubts have been raised by political rivals about the authenticity of claims Modi was a tea seller on multiple occasions. Moreover, the government and the BJP have fairly failed to establish the tea-seller identity with substantial records. In fact, in an RTI response in 2015, the government stated that no records were available to prove that Modi was a tea-seller.

It is to be noted that Togadia quit the VHP last year in April and has for years has been a vocal critic of the Modi government, the BJP and the RSS. He had also lashed out against the Centre and the RSS against their lackadaisical approach towards building the Ram temple in Ayodhya. Recently, Togadia had announced that he would soon float a new political party that would contest the 2019 Lok Sabha elections.