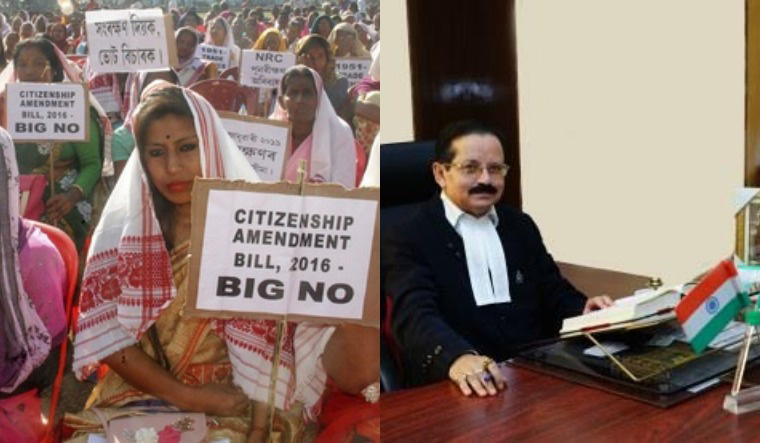 The observations of a justice of the Meghalaya High Court while disposing off a petition over a domicile certificate went viral on social media on Wednesday after the judge claimed India “should have been declared a Hindu country” at independence and India becoming an Islamic state would spell “doomsday” for the world.

Justice Sudip Ranjan Sen of the Meghalaya High Court was disposing off a petition from Amon Rana, who was denied a domicile certificate, despite being a resident of Shillong for the “last three generations” according to the court transcript of the judgement.

In the beginning of his statement on Rana's petition, Justice Sen observed, “I feel the difficulties faced by the residents to get the domicile certificate and the permanent residence certificate have become a great issue today.” Sen noted that the problem could only be understood by looking at Indian history before partition.

After starting with the history of united India from the time of Hindu kingdoms and Mughals to the arrival of the British, Justice Sen noted how “lakhs and lakhs of Sikhs and Hindus were killed, tortured and raped” at the time of partition.

Justice Sen went on to write, “Pakistan declared themselves as an Islamic country and India since was divided on the basis of religion should have also been declared as a Hindu country, but it remained as a secular country.” Later in his judgement, Justice Sen noted, “I will not be wrong to mention that when the Sikhs came [after partition], they got the rehabilitation from the Government but the same was not given to the Hindus.”

Justice Sen then referred to the plight of minorities in Islamic nations bordering India. “Even today, in Pakistan, Bangladesh and Afghanistan, the Hindus, Sikhs, Jains, Buddhists, Christians, Parsis, Khasis, Jaintias and Garos are tortured and they have no place to go and those Hindus who entered India

during partition are still considered as foreigners, which in my understanding is highly illogical, illegal and against the principle of natural justice.”

Sen then cited correspondence between independence era leaders, including the first prime minister Jawaharlal Nehru, to highlight the difficulties involved in division of sensitive areas like Sylhet.

Justice Sen appealed to the prime minister and other officials to “bring a law to allow the Hindus, Sikhs, Jains, Buddhists, Parsis, Christians, Khasis, Jaintias and Garos who have come from Pakistan, Bangladesh and Afghanistan to live in this country peacefully and with full dignity without making any cut-off year and be given citizenship without any question or production of any 21 documents.”

Later in the judgement, Justice Sen called on the government to make a “uniform law” that mandates citizens to abide by the laws and Constitution. Justice Sen, however, noted, “I am not against my Muslim brothers and sisters who are residing in India for generations and abiding [by] Indian laws” and said they should be allowed to live peacefully.

Justice Sen criticised the National Register of Citizens (NRC) in Assam as being “defective” as “many foreigners become Indians and original Indians are left out”. Justice Sen also criticised independent India's first leaders for “being in a hurry” to get independence, creating “all the problems” today.

“The demarcation of the boundary between Pakistan and Hindustan as well as the Referendum is totally unfiltered and our political leaders were too much in a hurry to get the independence without considering the future generation and interest of the country, thus, creating all the problems today.”

Justice Sen also noted only Prime Minister Narendra Modi's government understood the importance of preventing India from becoming an Islamic state, adding he was confident West Bengal Chief Minister Mamata Banerjee would “support the national interest”. Banerjee has been a strident critic of the NRC on the grounds it discriminated against Bengalis.

Justice Sen wrote, “I make it clear that nobody should try to make India as another Islamic country, otherwise it will be a doomsday for India and the world. I am confident that only this Government under Shri. Narendra Modiji will understand the gravity, and will do the needful as requested above and our Chief Minister Mamataji will support the national interest in all respect.”

Interestingly, during his judgement, Justice Sen also quoted from the writings of Tathagata Roy, the governor of Meghalaya. Roy was previously a leader of the BJP in West Bengal. Roy has frequently made headlines for incendiary tweets on issues related to Hindutva and Islam.