Opinion: SC judges making laws of their choice will lead to chaos 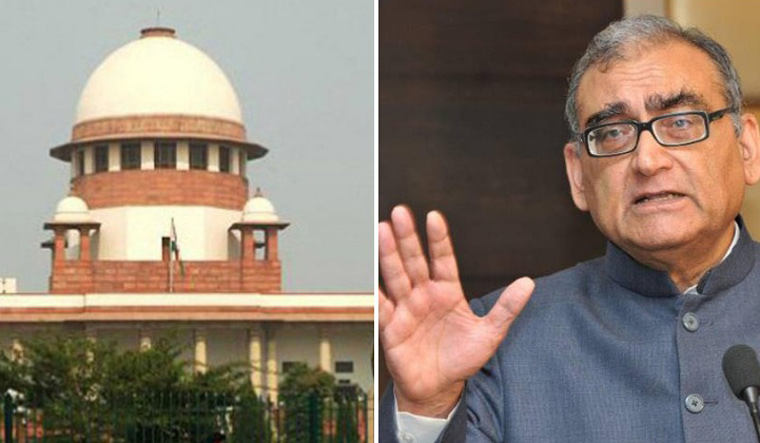 In many of its recent judgements, the Supreme Court has become 'hyper-activist', and in particular has been making laws. So, now, the time has come to ask whether judges can legislate?

In fact, this question has been answered repeatedly in the past by the Supreme Court itself.

In the Constitution Bench (consisting of five judges) judgement of the Supreme Court in Ram Jawaya vs State of Punjab, the apex court observed, "Our Constitution does not contemplate assumption by one organ or part of the state of functions that essentially belong to another. In other words, there is broad separation of powers in the Constitution between the three organs of the state, and one organ should not encroach onto the domain of another; otherwise, the delicate balance in the Constitution will be upset, and there will be chaos.”

In Asif Hameed vs State of Jammu and Kashmir, a three-judge bench of the Supreme Court said, "The legislature, executive and judiciary have to function within their own spheres demarcated under the Constitution. No organ can usurp the functions assigned to another."

Making laws is essentially the function of the legislature, and hence judges have no right to legislate. As observed in the three-judge bench decision of the Supreme Court in Union of India vs Deokinandan Agarwal, "The power to legislate has not been conferred on the courts.” In the three-judge bench judgement of the Supreme Court in Suresh Seth vs Commissioner, Indore Municipal Corporation, it was observed, "Under our Constitutional scheme, Parliament and Legislative Assemblies exercise sovereign power to enact laws."

In Divisional Manager, Aravali Golf Course, vs Chander Hass, the Supreme Court observed, "If there is a law, judges can certainly enforce it, but judges cannot create a law and seek to enforce it.” Many more such decisions can be cited.

These decisions holding that judges cannot legislate were binding on benches of smaller strength, and even benches of the same strength as held in Sant Lal Gupta vs Modern Cooperative Group Housing Society, but is judicial discipline being observed? Let us examine some recent decisions of the Supreme Court:

I submit that a bench of at least 7 judges of the Supreme Court should be set up soon by the chief justice of India to decide this issue: If judges are free to make laws of their choices, not only would that go against the principle of separation of powers, it could also lead to total uncertainty in the law and chaos, as every judge would make his own laws according to his fancies.

As Justice Hugo Black of the US Supreme Court warned in Griswold vs Connecticut, "Unbounded judicial creativity would convert this court into a day-to-day constitutional convention" and as the celebrated Justice Cardozo wrote in The Nature of the Judicial Process, "The Judge is not a Knight errant roaming at will in search of his own ideal of beauty and goodness."