Sidhu says he is more comfortable in Pakistan than south India, sparks a row 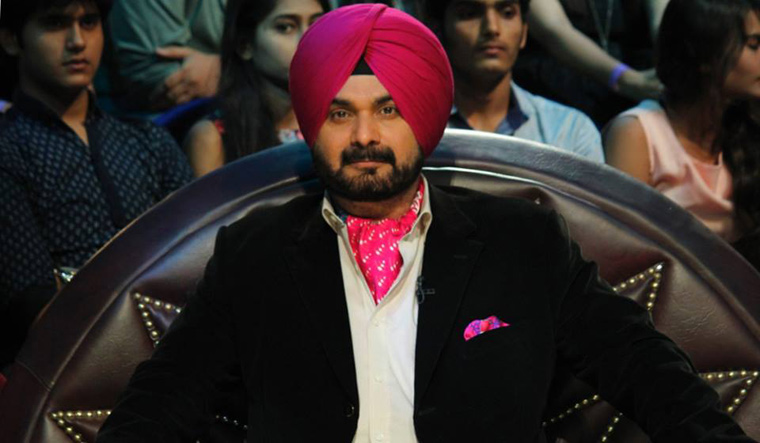 Punjab Congress minister Navjot Singh Sidhu seems to have a penchant for courting controversy. A few months after he sparked a row by hugging Pakistan Army General Qamar Javed Bajwa at the oath-taking ceremony of Pakistan Prime Minister Imran Khan, Sidhu got embroiled in another controversy on Saturday when he said he feels more comfortable in Pakistan than in south India.

Speaking at the seventh Khushwant Singh Literature Fest in Kasauli, Sidhu, in an attempt to highlight the cultural closeness between Punjab and Pakistan, said, "If I go to Tamil Nadu, I don’t understand the language. Not that I don’t like the food, but I can’t take it for long. That culture is totally different. But if I travel to Pakistan there is no such difficulty. The language is the same...everything there is just amazing." He was replying to a question by AAP MLA Kanwar Sandhu about the cultural affinity between the two Punjabs.

However, his remarks didn't go down well with many people, who took to Twitter to object to the Congress minister's analogy.

"I will always be proud to visit any part of India even though I might have language or food problems. I will love it as I it's my country and everyone will know I am an Indian," said one Twitter user.

Some even went to the extent of accusing the minister of insulting south Indians. "sidhu is pure congressi .. wow .. he is more comfortable in Pakistan than South India .. he insult whole south Indians .. Don't ask vote in South India next time," said another Twitter user.

Others were more vitriolic and asked Sidhu to settle down in Pakistan.