House of Kalam vs Kalam Centre: A battle for legacy

The former president's family has moved court to claim his legacy 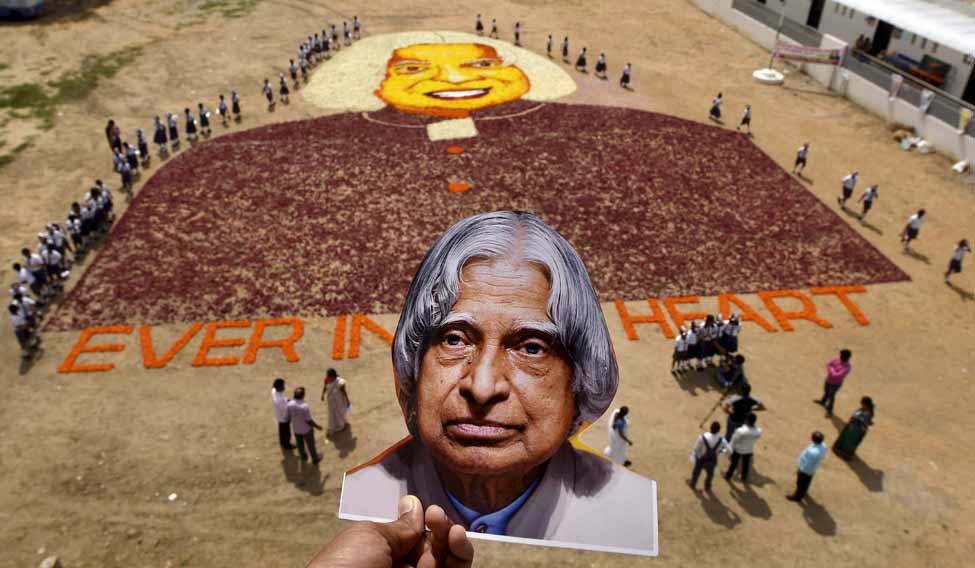 In his life, former president A.P.J. Adbul Kalam's sole mission was to unite people, bring them together and value the power of engagement. In his death, people are fighting over his legacy. The question being asked is who owns the legacy of Kalam, also known as the Missile Man of India.

A bitter fight has broken out between the family members and close associates of Kalam. After bringing the matter to the government, the 'House of Kalam' (run by his family) is now moving the court to stake claim over the former president's legacy.

Kalam’s elder brother, A.P.J. Mohamed Muthu Meera Maraikayar, has written to Prime Minister Narendra Modi seeking his intervention into the matter. Maraikayar, who is 101-year-old, is expecting that the government will help the family to restore the legacy of the former president.

In his two-page letter to the prime minister, a copy of which has also been sent to the defence minister and the information and telecommunication minister, Maraikayar writes, “The family seeks your advice and help to restore the legacy of Dr Kalam that is being misused by many, including a few who had worked with him full time and part time.” He also seeks Modi's immediate help in restoring Kalam's digital assets that is being “misused” now.

The 'House of Kalam' has alleged that a Delhi-based organisation, the Kalam Centre, which claims to have branches in Singapore, Bahrain, Visakhapatnam, Lucknow, Mumbai and Bengaluru and is run by one Srijan Pal Singh, who was a freelance assistant of Kalam, has been misusing his name and his office ever since the death of the former president. The family claims that Singh has been communicating to people saying that he was an OSD and advisor (Tech and Policy) to Kalam, while no such posts existed.

“We understand the said organisation has been receiving funding from many agencies,” Kalam's elder brother said in his letter.

The family also alleged that Singh was handling the official Twitter handle @apjabdulkalam and Facebook page of the former president. After his demise, he migrated all the followers on Twitter to Kalam Centre's account without the family’s permission. After the family took objection to this, Singh handed over Kalam’s Twitter handle, but with just 27 followers, after ensuring that nearly two million followers had migrated to his account, said Maraikayar. The official handle now had about 1,000 followers, he said, adding, “The family is keen on preserving all thoughts of Kalam that were tweeted and are now missing.”  The House of Kalam, which is also the name of the house where the missile man was born in Rameswaram, has made several attempts through various official channels to retrieve the missing digital assets of Kalam.

The family claims that they have come across many instances of people misusing Kalam's name and collecting donations. There are hundreds of organisations in India with Kalam's name. “We constantly get queries from people from different parts of India asking about the authenticity of these organisations,” he says in his letter to the prime minister.

When contacted, Singh said the Kalam Centre is the foremost body which is working for the former president's vision, while denying all allegations levelled by the Kalam's family. He claimed that Kalam's family has been putting pressure on him to appoint somebody from the family as the president of the Kalam Centre, which he has objected. He believed that someone should come through merit and not on the bloodlines.

“I don't see Dr Kalam's mission is someone's property. And I was closer to him during his last few years of life. I, through Kalam Centre, work only to carry forward Dr Kalam's vision. And, I can assure you that we are not making any commercial gains by endorsing any commercial brand or something by using his name. It is purely a philanthropist organisation,” Singh said. He told THE WEEK that since Kalam's demise, the Kalam Centre has opened hundreds of libraries all over the country, which are completely free for children, as per the Kalam's vision that every child should have an access to library. He said that Kalam Centre for Livable Planet Earth and Sustainable Development was formed as a tribute to Kalam after his sudden demise on July 27, 2015.

It's a moral and ethical fight, but it will now be decided in the court. The House of Kalam has decided to take the legal route after government has not responded to their concerns.

“We have not received any communication from the government. We will now move the court for seeking judicial intervention. We are running a foundation with those who really worked with him. We are not against someone doing it for Kalam. We are only saying 'don't misuse it'. Our only contention is that people should not make money in the name of Kalam,” Sheik Dawood, the grand nephew of Kalam told THE WEEK over phone from Rameswaram. On the matter of digital assets, the family has written to the director general of police of Tamil Nadu for an investigation under cyber crime.

Singh has committed a cyber crime by removing the digital data of former president without consulting anyone including family and government, said Dawood.

“There's nothing wrong in propagating Kalam's vision, but you should not lie that you were associated with him. If two million people were following Dr Kalam on Twitter, and then you change it to some other name, it means you are saying that those two million people are following you. That is misleading,” Dawood added. Dawood is part of the Rameswaram-based APJ Abdul Kalam Foundation, which has conducted many events in memory of the former president, which were attended by the prime minister, president and vice president.

When asked about the chances of reconciliation, Singh said that he would be very happy to work with the family, but simultaneously feeling dejected as well by such allegations.

“It is not my bread and butter, it is only a guruseva, which I'm doing. If court prevents me to do so, I will follow that. I got so much from him. And I am doing it for my guru.”

H. Sheridon, who was associated with Kalam for nearly 30 years and is now working as an advisor in the Kalam Centre, said, "I feel the matter should be sorted out of court. House of Kalam and Kalam Centre, both are working to spread Kalam's vision."