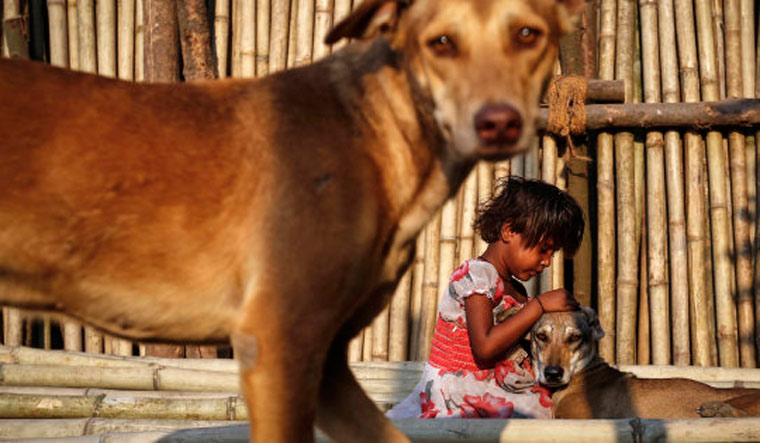 Conflicts between people and dogs have captured public attention lately, with incidents of dog bites and people killing dogs in retaliation hitting headlines every other day. Some recent cases of conflict include the ongoing cases in Punjab, Nagpur, Delhi and Uttar Pradesh. The fact that children are being bitten, sometimes fatally, is indeed tragic. However, the situation is made worse by the alarmist and incendiary rhetoric that the media sometimes carry.

There are an estimated 15 million owner-less dogs in India, which is a cause of much disturbance to the general public in the country. The commonly suggested solutions are either impractical or inhumane or illegal. Some of them are the following:

Kill all the dogs: Not all dogs bite, and certainly not all of them have rabies. Should we kill 15 million street dogs? This solution is not only ethically compromised but also not effective. It comes from an assumption that the transmission of rabies in a population is proportionate to the dog population density of the area. But Colombo district in Sri Lanka, with zero incidence of human rabies had a very high dog population, whereas Mannar had a low dog population, but a very high rate of rabies.

Take the dogs elsewhere: Displacement of dogs causes similar effects of killing them. Introduction of ‘alien’ dogs to an area would bring them into conflict with the existing dog population. More aggression, biting and barking bring more difficulties to the people in the area.

Get all the dogs adopted: It is often a grouse of those who do not want dogs on the streets, that ‘if animal lovers/NGOs like street dogs so much, they should adopt them, or find them homes’. Why should people who take care of dogs on the street be forced to keep them at home? An equally absurd analogy would be that anyone who helps underprivileged people on the street is under an obligation to take them into their homes, or to rehabilitate them.

Round up all street dogs and keep them in shelters: The cost of taking care of an average dog—including food, shelter, medical treatment, grooming, etc—is around Rs 70,000 per year. The official AWBI-estimated cost of a 1-time ABC surgery for the same dog is approximately Rs 400. The cost to feed, treat and care around 15 million street dogs is, therefore, a monstrous Rs 1,05,000 crore annually, while the cost to sterilise all of them and keep them on our streets is just Rs 600 crore. The difference between sheltering and sterilising all our street dogs is thus at least Rs 1,04,400 crore. If we are of the opinion that our nation’s current ABC programme is eating up public money, the alternative mentioned above is likely to cost more than twice our national health budget!

While these solutions have severe limitations, there is one multi-pronged model that has hopes of balancing our urban ecosystems. Rabies Free India is a programme based on WHO’s ‘One Health’ mode-l that seeks to address concerns of both animal and human health.

To begin with, a well monitored Animal Birth Control programme is of primary importance. Executed well, ABC has enjoyed some tangible successes. With full credit to Jaipur’s ABC programme, there was a 28 per cent dip in dog populations during the period from 1994 to 2002, when 65 per cent of female dogs were sterilised. Our solution is therefore to improve the implementation of such programmes.

We also need to focus on an active Anti-Rabies Vaccination Programme. The existing National Rabies Control Programme is largely focused on post-bite care. However, for the NRCP to have any teeth, mass anti-rabies vaccination programmes are critical. By vaccinating 70 per cent of the dog population in an area, herd immunity can be achieved. The decrease in the incidence of rabies in countries where mass vaccination programmes have been implemented—such as in Sri Lanka, Panama, Chile, Uruguay—is well documented.

In addition to ABC and ARV, a crucial gap in conflict management is the lack of public awareness on the prevention of dog bites and rabies. There is a need for information and support—through education programmes in schools, and counselling programmes in hospitals. It may be noted that through such education programmes in Sri Lanka’s schools, 86 per cent of primary school children and 90 per cent of secondary school children have learnt and retained information on dogs’ body language, appropriate behaviour with dogs, post-bite care and rabies prevention, thus proving their efficacy.

Progress in this direction has already begun in Punjab, Kerala and Assam, under the Rabies Free India programme. In Kerala, education programmes on dog-bite and rabies prevention have led to a 44.2 per cent improvement in students’ knowledge about rabies, and nearly 100 per cent positive shift in the physical manner in which students approached dogs. Similarly, counselling of dog-bite patients in hospitals has proved to reduce negative sentiments and improve information retention among dog-bite patients.

Lastly, we are not blameless when it comes to creating cities with high dog populations. An Assocham report states that India generates one lakh metric tonnes of waste per day! A large part of this is generated in urban areas, in the form of garbage piles in street corners. In effect, we are complicit in the creation of city-sized garbage bins for dogs, and are simultaneously incredulous when they continue to thrive in these numbers. To reduce their populations, we have to find systems that take waste off our streets. Only this will create a vacuum of unfavourable conditions for dogs’ multiplication.

Our respective city administrations have to take up ABC-ARV-education-counselling systems and effective waste management to holistically address the conflict between people and street dogs.

India’s situation of human-dog conflict is unlikely to cease without the government, public and media working together with aggressive fervour towards dog-population control, rabies prevention and information and attitude changes. We need to be logical and have the foresight to find a solution that works for all—the public, the government, the animal protection community, the media and the dogs.