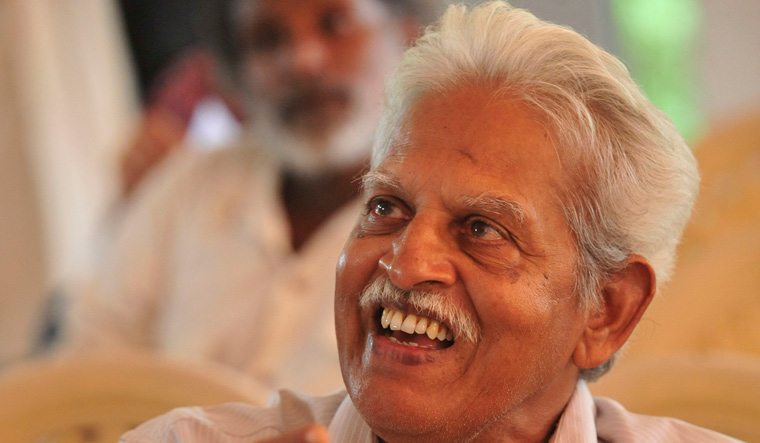 Well-known revolutionary writer and Maoist ideologue Varavara Rao whose name cropped up in a letter purportedly written by Maoists that refers to assassinating Prime Minister Narendra Modi has made light of the issue and accused the BJP-run Central government of a conspiracy.

The Pune Police had submitted letters seized from the laptop of Rona Wilson, a Delhi-based human rights activist, to a local court in Pune, in a case related to the Bhima-Koregaon violence that took place on December 31 and January 1. Some media outlets have started revealing the contents of one of the letters in which it was allegedly mentioned that Rao will mobilise funds to purchase arms to execute the plan.

Speaking to the media on Saturday morning in Hyderabad, Rao said that all the letters were fake and there was an attempt to link the Maoists to the Bhima-Koregaon violence.

“You (media) know the style of communication of Maoists. Even I know because I have participated in peace talks. Will anyone with common sense believe that they have been written by Maoist party?” he said.

“Anyone with little knowledge about revolutionary movements can answer whether the party will write such letters to people living in the mainstream society,” Rao said, appealing to the media to introspect and be responsible in showing the news.

“In a Hindi letter, I was addressed as Mahaan Neta. Did the Maoist party or People’s War ever call me that? Rona Wilson is addressed as Lal Johaar and at the end, it is shown that the letter is written by Milind. He is Maoist party central committee member. How can someone as mature as Milind write such an irresponsible letter?” He questioned.

Rao said that he knew Wilson and others who were arrested and declared they were involved in social work.

Rao said that the BJP government was trying to shift the focus of the country to save some accused persons from right-wing organisations who incited violence during the Bhima-Koregaon rally. He also felt that the popularity of Prime Minister Modi is on the wane and that is why the BJP wants to rake up a new issue to get him sympathy.