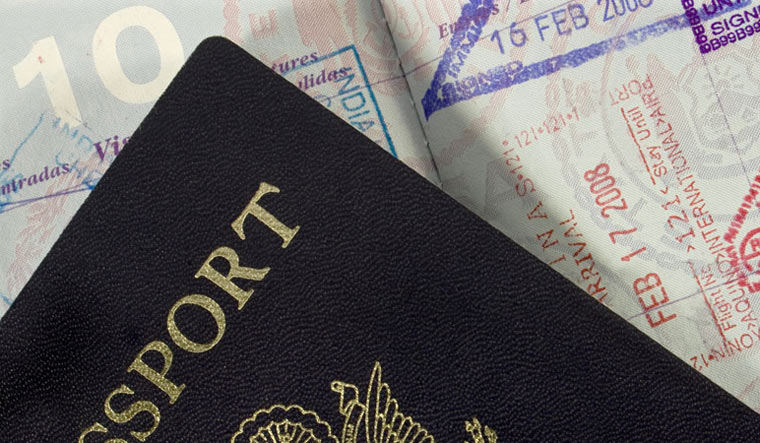 Applications under EB-5 visa in the US—also popularly known as 'visa for cash'—have more than tripled in the last four years. Indian applications for EB-5 in 2014 stood at 111, and while 2017 numbers are not available country-wise, it is expected to be around 500 to 550. The EB-5 visa programme assures a green card to aspiring immigrants if they invest $500,000 and create 10 jobs in the United States.

The spurt in this visa programme is because of US government's proposed clampdown on H1B visas which allowed Indian immigrants to be employed in United States. Indians have been the recipients of more than 70 per cent of H1B visas in last few years.

Apart from the H1B visas, there are talks about reversal of the rule allowing spouses of H1B visa holders to work in United States.

"Awareness about the EB-5 programme in India has significantly increased in the last few years. We at LCR have seen a 300 per cent growth in our business in the last financial year (between 2016 and 2017). From 29 new clients in 2016, and 63 new clients in 2017 (a total of 92 by the end of 2017) to welcoming 21 new clients so far this year we can see a visible shift of interest towards the EB-5 program in the Indian Market", said Rogelio Caceres, co-founder, LCR Capital partners.

Under the EB-5 Visa programme, individuals can apply for lawful permanent residence in the United States for themselves, their spouse and children below 21 years, if they make the necessary investments and create at least 10 permanent, full time jobs for US workers. The current minimum threshold investment limit is half a million dollar. However, there are reports that the current limit might be raised, prompting all the more rush.

"The possibility that the amount might be raised is very real, in fact, the US Congress almost passed legislation a couple of months ago that would have made the minimum investment amount almost double to $925,000 from the current $500,000. The $500,000 minimum was set back in 1990 and some in the US government feel that it needs to reflect current realities and be on par with those of other developed countries where investment amounts are $1M or more", said Vivek Tandon, founder and CEO of EB-5 BRICS, an EB-5 advisory firm.

"Many parents invest for the EB-5 visa mainly for their children education in the USA. Anyone can apply as there is there is no minimum education or income requirements, except to prove that the investment amount is legitimately earned from business, profession, inheritance, gift or even a loan against collateral", noted David Gunderson, founder, US Freedom Capital.

Comparing it with H1B, Gunderson said EB-5 is a direct path to permanent residency, with no dependence on employer or family ties. It is permanent in nature and takes average 2 years to get the EB-5 approval. The investor's family lands in US directly on a Green Card, unlike H1B. H1B is a temporary work visa offered under sponsorship of an employer. Typically offered for three-year cycles, it currently takes an average of 12-15 years under this route to get permanent residency .

EB5 has picked up since 2010 as an alternate source of capital for real estate developers. The market that enabled this success was China. Chinese investors did negligible due diligence on their investment, as they only wanted the green card and wouldn't be concerned about losing their capital. This allowed regional centres to have an unchecked run, with some dubious projects being offered to foreign investors, which wouldn't even find an American bank to fund their project.

"Indians must be careful about investing in projects which have low or negligible bank financing in the project. Also, Indian investors should try to invest in projects which have smaller set of EB5 investors, to ensure they have a higher chance of capital being repaid on time. They don't need to wait for 200 or 300 EB-5 investors in the project to be repaid, before they get their money back", says Gunderson.

"In the instance of fraud, the investors typically file litigation and the US Securities and Exchange Commission (SEC) steps in to mitigate the issue. The SEC governs all investment offerings in the United States, and was created in the 1930’s to protect the rights of all investors in US securities", noted Brennan Sim, senior vice president of EB5 United.