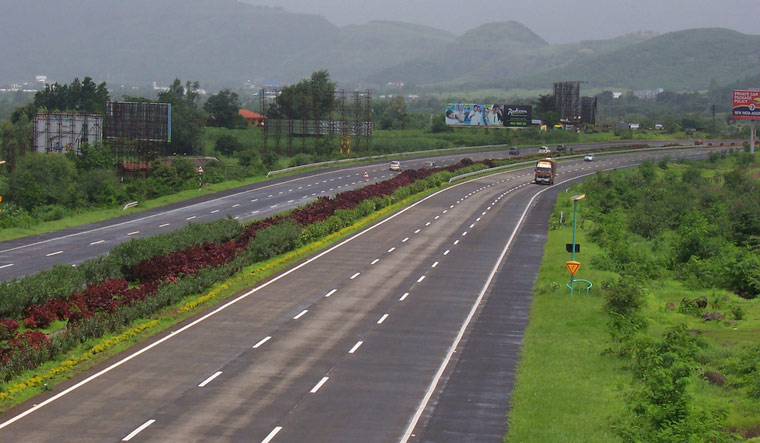 The Mumbai-Pune Expressway | via Commons

The scenic, busy 95km stretch of Mumbai-Pune Expressway is one of the deadliest highways in the country. The expressway, which runs across mountains and plateaus, and through a heavy rainfall receiving region, isn't exactly friendly to drivers.

Two year ago, the Mumbai-Pune Expressway had caused two deaths per kilometre of the stretch, resulting to a total of about 165 deaths in a year, and caused injuries to many more people—making it an expressway with an extremely poor safety record.

"Now, thanks to some of our interventions in road engineering, and with large amount of help from authorities, the death rate has fallen below the 1.3 per kilometre annual death rate of the Mumbai-Pune Expressway," said Piyush Tewari, CEO of SaveLIFE Foundation (SLF), which is helping the highway authorities overcome challenges to become safe.

The grimness of the statistics had been broken down to authorities—the Maharashtra State Road Development Corporation (MSRDC) which owns and runs the highway, and to the Maharashtra government—by Tewari and his SLF team, during their efforts in earlier years.

Today, positive about overcoming the challenge of road fatalities and accidents on the highway, both SLF and MSRDC want to make the highway incident-free or India's first 'zero accident highway'.

The tough task for change began with an extensive engineering audit of the expressway two years ago. The audit detected 2,150 road construction errors on the entire stretch of one of the earliest expressways in the country.

"These errors were categorised into 15 types, and 920 of them have been rectified on our advise by the MSRDC," said Tewari. The remaining, he said, will be rectified soon. Among the engineering interventions were correcting road slopes, providing siding space to trucks while climbing uphill, providing steel and soft girders and even slope protection to prevent land slides.

"This (engineering interventions) has resulted in a reduction of crashes attributed to infrastructure flaws by 70 per cent, which meant an overall reduction of 30 per cent accidents on the highway," said Tewari, a social entrepreneur and an Ashoka awardee for his previous work on road safety.

SLF has also established a scientific crash investigation mechanism, whereby the reasons behind a crash could be determined. It has also convinced the state government to see reason in posting six ambulances at the expressway toll gates.

To find a solution to these behavioural flaws of drivers, SLF is focusing this year on improving enforcement on the highway, after an engineering and emergency services focus on the previous two years, as part of Tewari's five-E focus to make Mumbai-Pune Expressway zero accident zone.

The SLF project has partnered with UK Behavioural Science Lab or the NUDGE Unit as it is popularly known as; with Geeta Mehta, a Columbia University professor on Behavioural economics, SOCCS (Social capital credits) project, and with Harvard Global Health Institute, for setting up a world-class emergency care and quick response system.

Among other things, Mehta is likely to introduce a good behaviour point for commuters on the Mumbai-Pune Expressway, leading to reward points for actual payments for goods and services availed on the highway or outside.

Promising to make the expressway zero accident zone in the coming years, the MSRDC is not holding back on its purse strings either. "We spend more than Rs 100 crore on sloped protection alone to prevent landslides blocking the highway," said R.L. Mopalwar, vice chairman and MD, MSRDC.

Going ahead, the MSRDC is focusing on increasing enforcement on the expressway. "We are deploying 90 more traffic wardens on the Mumbai-Pune Expressway from this year. This would take up the number of traffic wardens to 120. This is the most number of wardens for any highway in the country," Mopalwar told THE WEEK.

The agency has also borne the bill for introducing soft barriers, improving signage and road markings, providing mild rumblers to keep snoozing drivers awake, and even made flexible barriers on sides, in case the driver is still not up.

"We are working on every aspects as being advised by SLF. Now, we are having four quick response vehicles armed with cutters and other aids to rescue people from an accident. We have also tied up with the 108 ambulance service in the state to provide additional ambulances," said Mopalwar.

If you are hitting the Mumbai-Pune Expressway any time soon, the ongoing driver awareness campaign would make sure your tail lights are working and your tyre pressure is suitable for the concrete road.

With all this and more, Mopalwar said, "in two years, we will make this the safest and the best expressway in the country.”