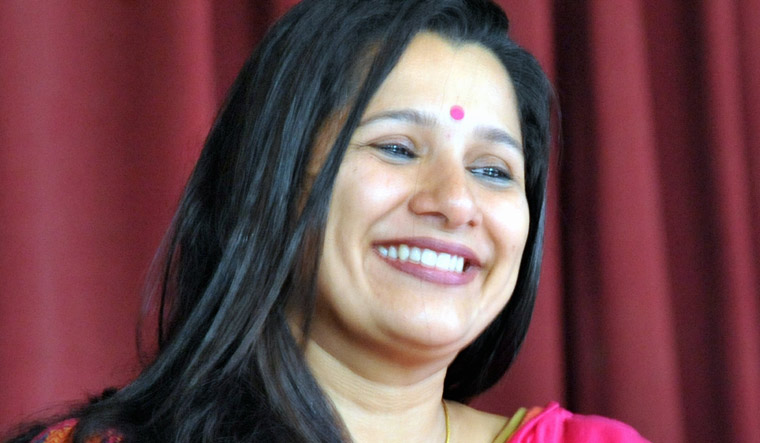 Nisha Jose, wife of Kerala Congress MP Jose K. Mani and daughter in-law of former finance minister K.M. Mani, has claimed that she was harassed by the son of a senior politician from the state during a train journey. The incident took place when she was traveling from Thiruvananthapuram to Kottayam, she revealed in her memoir The Other Side of This Life.

Though Nisha withholds her harasser’s name, the book provides several hints about him. Nisha claims that she met the politician's son when she was alone at Thiruvananthapuram railway station late at night. The young man introduced himself taking his father's name. He told her that he had come to the city to visit his father-in-law, who was undergoing treatment in a hospital following an accident.

When they boarded the train, the man sat next to her and continued talking. She found it irritating and complained to the Train Ticket Examiner (TTE). However, he washed his hands off the unsavoury situation saying "If the man is like his father, he is scared to intervene. Since you both belong to the same political front, I will land in trouble."

When Nisha returned to her seat, the man kept on talking and even brushed against her feet a few times. Finally, Nisha firmly told him to leave and informed her husband once she reached home, she wrote.

The memoir also mentions a Youth Congress functionary from the state. Nisha, who sarcastically calls him "hero" in the book, says he had spread "stories" about her. She claims that there are audio clips wherein "the hero" could be heard speaking against his own leader. His identity, too, has not been revealed, but there are enough hints as to whom she is talking about.

The book also refers to the problems that the bar bribery case and solar scam, which her family members were dragged into, had created within the family.