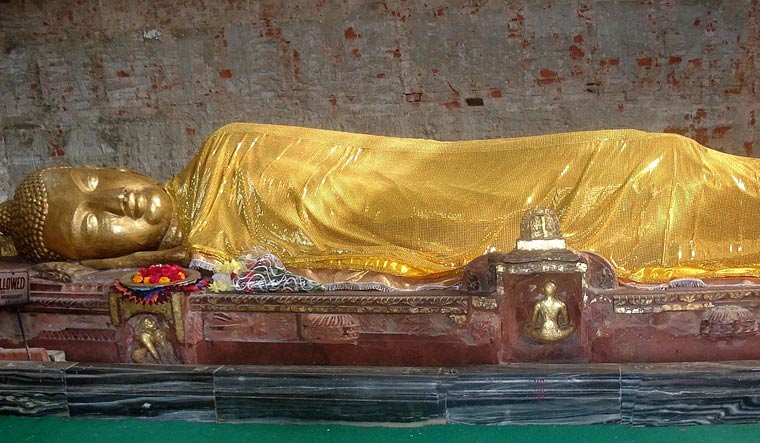 China is leveraging its connect with Buddhism to influence the world. Unless India steps in and asserts itself as the land from where the religion originated, it might lose this war of soft power, asserted Amitabh Mathur, advisor to the Ministry of Home Affairs on Tibet.

He was speaking at a session organised by the Institute for Chinese Studies, where the general consensus was that India should prepare for a post Dalai Lama scenario. China has already begun its homework, developing a cadre of loyal monks of Tibetan origin, and putting pliant monks in charge of Tibetan monasteries in China. It also routinely holds demonstrations every time the Dalai Lama visits a foreign country. “For certain, China will deny the visit of any lama to Tibet to find a possible reincarnation,'' said Mathur. The gathering agreed that while China practised a Buddhism that was theologically different from Tibetan Buddhism, the Dalai Lama was immensely popular in China, and thus, the Chinese worry over him.

China, the gathering felt, had already stolen a march over India in appropriating Buddhism. “Cenral Asia, for instance, was India's extended neighbourhood. Now, the Chinese economy and cultural dominance has been pushed into this region, with the claim that it radiated from a nodal point in China and radiated through the Silk Route. Buddhism is used as a the tool to further this footprint as China goes ahead with its One Belt One Road initiative,'' said Mathur.

“If we accept that these actions of China are detrimental to India's interests, we we must learn to deal with this soft power. We need to engage with the influential Buddhist clergy in South East Asia and bring back the discourse to the land of Buddhism's origin—India.''

The speaker felt that India could begin by sprucing up Bodh Gaya and developing the Buddhist circuit properly. Even Nalanda, which was a Buddhist university, may have been reincarnated, but there is scant Buddhist research going on there.

The gathering also agreed that while China was giving massive donations to monasteries in Sri Lanka and the rest of South Asia, these monasteries still want India to take Buddhism forward.

Buddhism, they said, had cultural and historical connection in India, Pakistan, Myanmar and Sri Lanka. However, China has been responsible for spreading its version of the religion to Japan and the Koreas. While Chinese Buddhism is the largest in term of numbers, Tibetan Buddhism is important, given the history, as well as the countries following it—the Himalayan nations as well as the West.