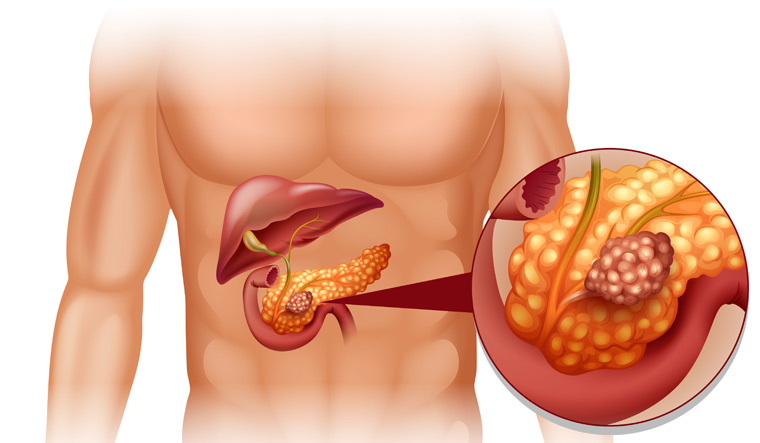 Scientists have found a new protein target, leveraged by pancreatic cancer cells usually to suppress tumours, but here instead to help them evade therapy and, thus, grow more quickly, according to a new study.

Scientists revealed that this is another way in which the most-resistant pancreatic cancer cells defy treatment, the study said.

The international team of researchers was led by University of California San Diego School of Medicine and the Sanford Consortium for Regenerative Medicine, the study said.

Previous research has shown that pancreatic cancer treatment resistance is caused by differing responses to conventional agents, fuelled by the heterogeneity, or diversity, of tumour cells - and in particular, stem cell characteristics that encourage therapy resistance.

In this study, senior author Tannishtha Reya and colleagues investigated how shifting epigenomics, or the multitude of proteins that tell the genome what to do, rather than genomic changes might be driving resistance. Genomic changes are changes specific to the genes themselves.

The paper is published in the journal Nature Communications.

Pancreatic cancer is the third deadliest cancer in the United States, after lung and colorectal, though far less common. It is also among the hardest to effectively treat, with pancreatic cancer stem cells quickly developing resistance to conventional and targeted treatments, such as chemotherapy and emerging immunotherapies.

As a result, the 5-year survival rate for people diagnosed with pancreatic cancer is just 10 per cent, the study said.

"We wanted to identify the underlying tools and mechanisms that cancer stem cells use to better understand treatment resistance - and perhaps how they might be circumvented," said Reya.

According to the study, Reya and colleagues zeroed in on SMARCD3, a member of the SWI/SNF family of proteins that regulate chromatin, a mixture of DNA and proteins that form chromosomes and are required for stem cell function in development.

But while SWI-SNF subunits often act as tumour suppressors, the researchers found that SMARCD3 was amplified in cancer, notably abundant in pancreatic cancer stem cells and upregulated or increased in the human disease, the study said.

And when researchers deleted SMARCD3 in models of pancreatic cancer, the loss of the protein reduced the growth of tumours and improved survival, especially in the context of chemotherapy, the study said.

"Importantly, we found that SMARCD3 helps control lipid and fatty acid metabolism, which are associated with therapy resistance and poor prognosis in cancer," said Reya.

"Our data suggest that therapy resistant pancreatic cancer cells depend upon SMARCD3 to help ensure a metabolic landscape in which they can avoid anti-cancer treatments and grow aggressively. That makes SMARCD3 an exciting new target for potential therapies," said Reya.