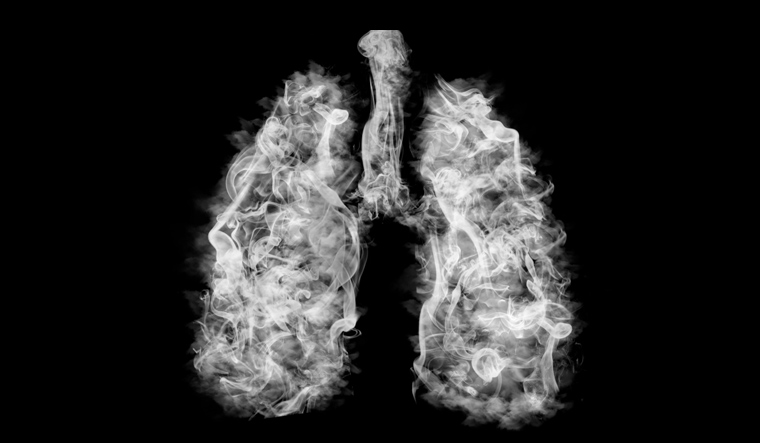 A study of 300 lung cancer patients by a team of doctors from Medanta Gurugram suggests a possible increase in non-smoker lung cancer cases and a rise in incidence of lung cancer among women.

Dr. Arvind Kumar and team from Medanta Gurugram studied 304 lung cancer patients and the hospital has launched #BeatLungCancer campaign to create awareness on the disease which is currently responsible for the largest number of deaths due to any cancer in India.

According to the study, doctors found an overall increase in the incidence of lung cancer in men and women. According to Globocan, in terms of prevalence and mortality among women, lung cancer has jumped to no.3 from no.7 over a period of 8 years.

The study said more than 80 per cent of patients were diagnosed in the advanced stage of the disease when complete treatment is not possible, and the intent of treatment gets restricted to palliative.

Adenocarcinoma forms when cells lining the outside of the lungs become cancerous, whereas Squamous Carcinoma impacts the cells that line the surface of airways. The former is known to have a relatively poorer outcome.

The study recommended that there was an urgent need to raise awareness about the risk of lung cancer across different sections of society. They suggested that effective measures to reduce tobacco consumption and control air pollution will help in controlling the rising graph of lung cancer cases. The study also recommended that measures must be taken to create awareness among the public, medical fraternity and policymakers.