This may make it harder to end malaria in South Africa 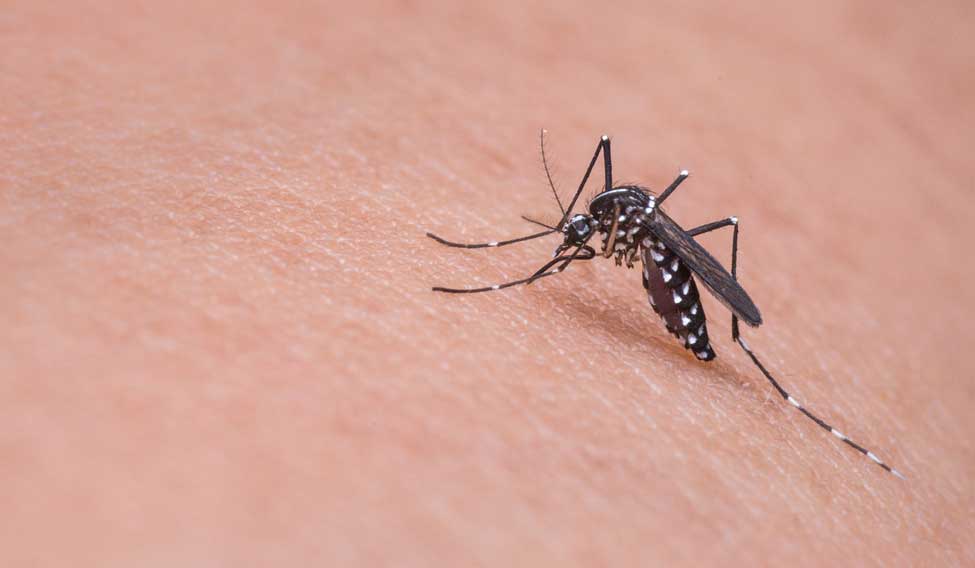 Changes in climatic factors such as higher temperatures and increased rainfall affect the developmental, behavioural and distribution patterns of insects like mosquitoes. These changes have serious implications for the effective control of insect-borne diseases such as malaria.

Worryingly, temperatures across southern Africa are predicted to increase by at least 0.8C by 2035.

Malaria is currently present in three provinces in South Africa: Limpopo, Mpumalanga and KwaZulu-Natal. Limpopo reports 62% of the local cases, while KwaZulu-Natal reports only 6%.

Over the past 50 years annual temperatures in South Africa have been increasing significantly faster than the global average. The increases have been most extreme in Limpopo, where temperatures have risen by an average of 0.12C every decade. Small annual shifts have big effects.

In addition, increased rainfall will potentially increase the number of mosquito vector breeding sites. Vector mosquitoes like those that transmit malaria breed in stagnant and temporary bodies of water. Research in Limpopo has shown that heavy rains in spring are usually associated with higher malaria case numbers during summer.

The impact of climate change on mosquitoes is very clear. But its impact on malaria transmission is still unclear. Some theoretical mathematical modelling studies predict an uptick in malaria case numbers due to climate change. But other models suggest climate change will have no impact on malaria. More data are needed to see which model is correct. This is because the effect is difficult to test in the laboratory.

Whether climate change will present another challenge to achieving malaria elimination is yet to be confirmed. Our research group is currently trying to address this knowledge gap.

What we do know

The relationship between climate change and malaria is complicated. But four things are clear: as the Earth warms up the malaria vector will develop faster, allowing them to breed faster, bite more frequently and expand into formerly unsuitable habitats.

This means that mosquito larvae will develop into adults faster. The sooner the female bites, the sooner she can transmit the disease. If she bites more frequently, she will spread more disease.

The mosquito's transformation from larva to free-flying adult generally occurs at temperatures between 22C and 34C. Interestingly, research has shown that mosquitoes can change their behaviour to spend most of their time resting in cooler spaces. This way they can survive when ambient temperatures increase. This behaviour of the mosquito can help the parasite survive temperatures that would otherwise stop its development.

Distinct changes in the seasons, largely due to climate change, have been noted. The southern African region is experiencing more frequent extreme heat days and fewer extreme cool days.

Therefore, winters are becoming much warmer, allowing mosquitoes to breed and transmit malaria in larger numbers during the winter months. Summer months are also getting hotter. In some cases, the summers may get too hot for mosquito and parasite growth, preventing malaria transmission. Climate change could cause a shift in the malaria transmission season from the summer months to the traditionally cooler autumn and winter months.

Rainfall also plays a major role in malaria transmission. In general, malaria incidence decreases during the El Nio (hotter but drier) years and increases in the La Nia (cooler but wetter) years. This is particularly true in countries like South Africa, where the adaptable malaria vector, Anopheles arabiensis, is a dominant transmitting vector. South Africa is currently in a La Nia cycle, so the upcoming malaria season (October to February) could potentially be significant, given the more favourable conditions for malaria transmission and the relaxation of all COVID-related restrictions on movement.

Our research group based at the National Institute for Communicable Diseases and the University of Witwatersrand's Research Institute for Malaria was involved in identifying the mosquitoes behind the malaria epidemic of 2000. This outbreak coincided with severe flooding in southern Mozambique. The dramatic increase in available breeding sites allowed an insecticide-resistant mosquito from Mozambique, Anopheles funestus, to reinvade KwaZulu-Natal, driving malaria case numbers up.

Since this outbreak, our group has been conducting intensive surveillance in South Africa's endemic provinces. We've also been involved in research to understand the impact of climate change on malaria transmission in South Africa.

Research from our vector laboratories has demonstrated that a warmer world would reduce the effectiveness of insecticides used for indoor residual spraying. In addition, insecticide resistant mosquitoes seem better adapted to surviving the warmer conditions than mosquitoes that are sensitive to insecticides.

Modelling experiments suggest that humidity levels will also influence malaria transmission in South Africa. But this needs to be confirmed under laboratory conditions using live mosquitoes.

What needs to be done?

It is clear that the relationship between climate change and malaria is complex. More work needs to be done to understand this relationship so effective control measures can be put in place. Crucially, malaria hotspots should be targeted for surveillance in order to understand the role of microclimate on malaria transmission. Microclimate is a set of local climate conditions that may differ from the climate in general.

At present, there is no evidence that the malaria-risk areas in South Africa have expanded. However, regardless of the climate or whether you have travelled this summer, it is critical to think about malaria when it comes to unexplained fevers. Know what the symptoms of malaria are, how to reduce the risk of being infected, and what to do if you suspect that you have malaria. (The Conversation: By Shune Oliver and Jaishree Raman, National Institute for Communicable Diseases)