45 per cent of those surveyed said they got reinfected 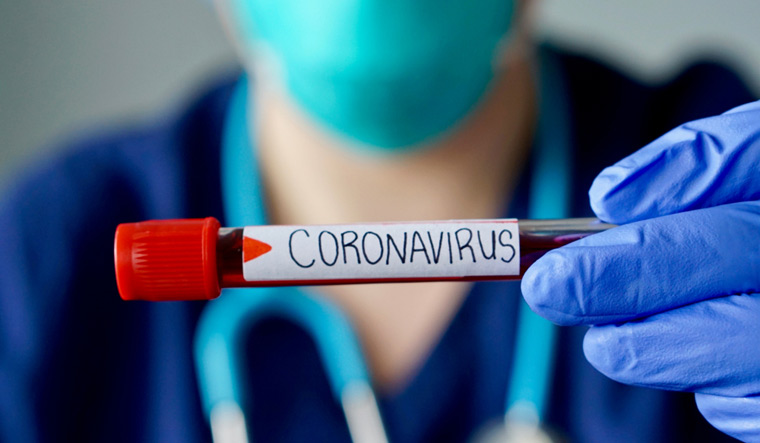 A health NGO has conducted a survey to understand the spread of the COVID-19 infection, and it claimed that of the total number of people who took part in the exercise, 18 per cent citizens have had one or more individuals in the family who got reinfected with the virus in the last six months.

Delhi has reported a spike in Covid cases in the last few weeks, even as experts on Tuesday said there was no need to panic as the number of coronavirus patients getting hospitalised was still on the lower side, but asserted that every individual should exercise caution and follow all safety norms.

NGO LocalCircles said, in its survey, it received more than 35,000 responses from citizens across several districts in India, and 67 per cent of the respondents were men, while 33 per cent were women.

The first question in the survey asked citizens, 'How many individuals in your family (including yourself) do you have who have been infected with COVID-19 twice in the last 180 days?' This question received 12,381 responses, the NGO said.

On an aggregate basis, 18 per cent citizens of the people surveyed had one or more individuals in their families who got reinfected with in the last six months, the NGO claimed in a statement.

In response to another question, 45 per cent of those surveyed said they got reinfected "weeks after the original infection", while for 27 per cent, it was six months apart, the statement said. This question received 11,604 responses.

The final question in the study asked citizens, "The individuals in your family (including yourself) who got infected by Covid twice or thrice in the last 180 days, how were their infections and associated symptoms", 46 per cent on an average responded that their infection contracted the second time was "more severe" than the first one. This question received 11,106 responses.

Delhi on Monday reported 1,060 new Covid cases in a day and six deaths, the highest in around four months, and a positivity rate of 10.09 per cent, the highest since January 24 when the figure was 11.8 per cent.

The city on Friday had recorded 1,797 coronavirus cases, the highest in nearly four months, along with one fatality while the positivity rate was 8.18 per cent.