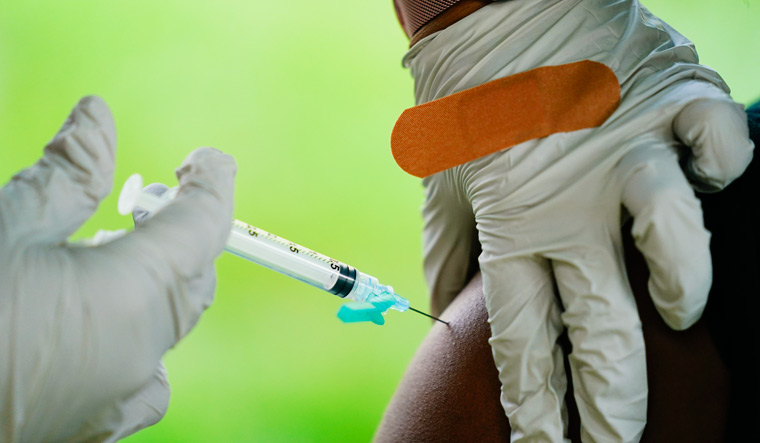 The Standing Technical Sub-Committee (STSC) of the NTAGI on Thursday recommended reducing the gap between the second and precaution doses of COVID-19 vaccines from the current nine to six months, official sources said.

They said the Health Ministry will take the final call on the recommendation soon.

The government advisory panel, which met on Thursday, also reviewed the findings of a study by the Christian Medical College (CMC) in Vellore on the feasibility of allowing as precaution dose a Covid vaccine different from the one used for primary vaccination.

The panel members found a lack of uniformity in results upon mixing of jabs for booster shots and stated that no recommendation for it can be made as of now. The CMC study was on Covishield and Covaxin.

The threat of monkeypox and the requirement of vaccination were also discussed in the meeting of the panel of the National Technical Advisory Group on Immunisation (NTAGI), the sources said.

"However, the members were of the view that a strong surveillance is what is required as of now. No case of monkeypox has been detected in the country till now," one of the sources told PTI.

The panel also reviewed data on Covaxin and Corbevax vaccines for the 6-12 age group.

"The members opined that data of Covid burden and mortality among children is not robust enough to take any decision to begin vaccination of those below 12 years," the source stated.

India's drug regulator in April this year had granted emergency use authorisation for Biological E's COVID-19 vaccine Corbevax for those aged five to 12 years and Bharat Biotech's Covaxin for children in the age group of six to 12 years.

The STSC members were learnt to have also agreed on administration of an additional third dose for renal transplant patients before the precaution dose.

"In the meeting today, members also agreed on reducing the gap between the second and the precaution doses of COVID-19 vaccines from the current nine months to six months on the basis of scientific evidence and data," the source told PTI.

Currently, all those above the age of 18 who have completed nine months after the administration of the second dose are eligible for the precaution dose.

The Union government last month allowed citizens and students travelling overseas to get the shot before the stipulated nine-month waiting period as required by the guidelines of the destination country.