One Health to the rescue 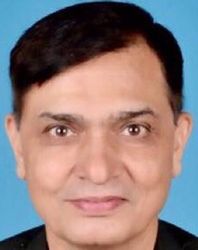 “Dad, today my anatomy professor mentioned your profession in class,” said my daughter, as she returned one afternoon from her medical college. When a student in her class replied unsatisfactorily to a question, the professor asked, “Are you from a veterinary college?” And the entire class burst out laughing. Later, as my younger daughter, too, became a medical student, I got to hear about more such instances when my profession was made fun of.

My profession is not alone at the receiving end. When I joined the veterinary college, our seniors used to tell us that we were way above students from other faculties. We were told that we were the only ones 'entitled’ to be addressed as ‘doctor sahib’, unlike students from the agricultural college or the basic sciences college.

Budding professionals who grow up with such prejudices about their own profession and other professions subsequently strengthen such biases. Like the unjust caste system, such deep-seated biases seemingly flourish only in the Indian subcontinent. And it is harming our society a lot. It not only impedes inter-professional communication, but also prevents combining the potential of joint action of multiple professions for achieving the common good. It is one of the constraints that are preventing us from averting the wave of pandemics hurting the country.

Despite our fallacy of feeling superior, humanity is just one among the various living beings on earth; and no dividing lines exist, nor can there be, in nature, between the health of humans and animals, as both share the same ecosystems. It is scientifically evident and internationally admitted that the rising pandemics, which originate mostly in animals, can be prevented and detected early. But it will be possible only if joint teams from human health, animal health and environmental sectors work together harmoniously, at every level, which is essentially the concept of One Health. 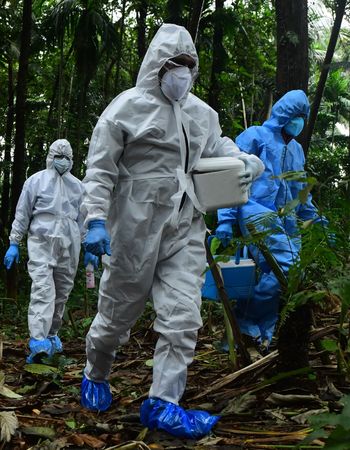 A scientific report published in the BioMed Central journal says misunderstandings, mistrust and “deep-seated egos” prevail in place of mutual respect and trust between players from three crucial sectors. The report explains how instead of indispensable teamwork required for One Health initiatives, people from human health perceive a “leadership” role for themselves, undermining the core principle of equality needed among team partners.

The need of the hour is to work together for One Health and to fight the menacing microbes and other maladies that threaten society. More than anything, the situation requires teams of open-minded, impassioned professionals and executives across aisles, who are driven by a sense of duty. Hollow social assumptions that assign differential values, privileges and opportunities to various professions must be questioned. A structured campaign across society and governments should be undertaken to dismantle this syndrome of pseudo-identities creating rigid boundaries between the professions.

We should learn from the ideals of Sree Narayana Guru. Our country needs “one profession, one slogan and one action for One Health.”

The author is a microbiologist trained in biowarfare protection. narwalvet@gmail.com