By 2050, antimicrobial resistance will lead to 10 million mortalities every year 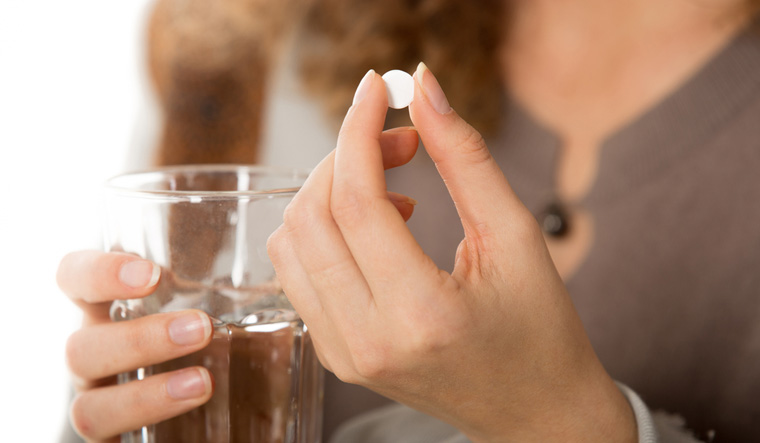 COVID-19 has been a disruptor. It has damaged economies and widened social inequalities. Even when the pandemic is over, its repercussions will continue to be felt in the years to come. While governments worldwide resorted to dynamic solutions to contain the pandemic, experiences and learnings from the pandemic must be utilised to address any imminent and future threat to public health.

One of the most potent threats to global public health is rising antimicrobial resistance (AMR). By 2050, it is estimated by a review, commissioned by the British prime minister, that AMR will lead to 10 million mortalities every year, push 28.3 million into poverty and wipe off over $6 trillion from the global GDP. With the low- and middle-income countries facing the brunt of the adverse impacts, much of the progress made under the Millennium Development Goals and Sustainable Development Goals would be withered away.

This risk has increased manifold after the pandemic as antibiotics like azithromycin and doxycycline were prescribed and consumed indiscriminately until the ICMR put out, rather late, their near-zero ability to either prevent or treat the COVID-19 virus.

Magnitude of the problem

Due to overexposure to antimicrobials like antibiotics, disease-causing microorganisms—bacteria, fungi, parasites and so forth—develop resistance to drugs that neutralise them. As a result, infections take longer to treat, or in extreme cases, they are not cured at all. The microbe menace has already infiltrated the health systems the world over.

In the US, a 40 per cent rise in drug resistance in Salmonella infections has been detected. Salmonella infection is a common food-borne disease that causes diarrhoea and fever, but antibiotics curtail the infection's intensity. However, drug-resistant Salmonella can lead to severe illnesses and mortality. Similarly, India has also seen a spurt in drug resistance in Tuberculosis (TB), with an estimated 130,000 cases of drug-resistant TB in 2018.

Catalysed by the overuse of drugs like antibiotics in humans and misuse of antibiotics to promote growth in the agrarian, aquaculture, livestock and meat sectors, AMR continues to spread. Further, the proliferation of antibiotic compounds in the environment through untreated hospital waste water, pharmaceutical effluents and inadequate water, sanitation and hygiene (WASH) facilities build up AMR.

Global and national action plans were drawn to arrest the spread and emergence of AMR across the interlinked animal, environment and human ecosystems. The genesis of these plans was the de-fragmented vision of One-Health as deterioration of one ecosystem affected the other.

However, a post-pandemic world mandates a relook at these action plans. There has been excessive use in India, with a staggering 216 million more antibiotics sold in 2020 compared with regular times. The correlation between COVID-19 and spurt in AMR has been further corroborated by the waste water surveillance of sewage treatment plant points along the Sabarmati river and lakes in Ahmedabad. The surveillance found that the bacteria exhibited increased resistance to most of the commonly used antibiotics.

As we recover from COVID-19, the global, national and sub-national action plans must align to tackle this unforeseen spread in AMR. Additionally, the existing gaps in the action plans must be addressed, including the lack of emphasis on the spread of AMR through degradation of the environment. Given the liberal use of antibiotics in India and the scale of the domestic pharmaceutical industry, India must lay down stringent regulations to mitigate environmental AMR.

Besides a public health disaster, given that antibiotic discovery has stagnated since 1987, the pharmaceutical industry would bear the brunt of an uptick in AMR as drugs would become redundant. In the backdrop of COVID-19-accelerated AMR, India's aspirations to curb AMR received a body blow when the draft notification governing the antibiotic discharge limits was not finalised. Worryingly, in the absence of standards, instances of antibiotic pollution are increasingly reported, the latest being from the Baddi pharmaceutical hub in Himachal Pradesh.

Rightly, the Word Health Organization (WHO) sees AMR as one of the top 10 global public health threats. The mitigation of AMR hinges on the implementation and convergence of policies that align with the One-Health approach. On a national level, a convergence and collective action between various policies of different departments and ministries that deal with the animal, environmental and human health issues are pivotal.

There is a dire need to curb the over-the-counter sale of antibiotics, reduce over-medication through awareness and establish antimicrobial stewardship practices (AMSP) in clinical settings. Carrot-and-stick policies should be deployed to dampen the misuse of antibiotics in the agrarian, aquaculture, livestock and meat sectors. Additionally, monitoring and surveillance of waste water from hospitals and pharmaceutical manufacturing units must be supported by robust regulations. However, this fight against AMR must be a collective one. Unless the politicians, policy makers, the scientific community and the citizenry essay their roles, we are staring at a bleak future.

The author is a member of the Rajya Sabha (Biju Janta Dal), member of Parliamentary Standing Committee on Finance and of Joint Committee on the Personal Data Protection Bill, 2019.