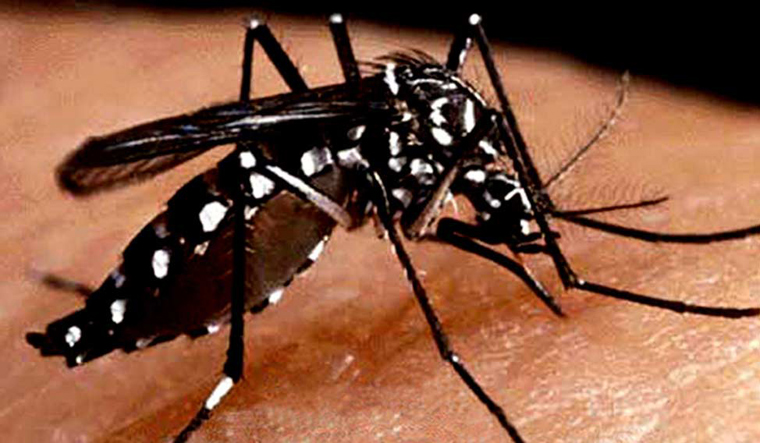 With incessant rain, Karnataka has witnessed a massive spike in dengue cases. As many as 2,516 new cases of dengue were reported in Karnataka between September 15 and November 17. The state has seen a spurt of 85 per cent in the number of dengue cases during this period.

Dengue is a viral disease transmitted through the bite of the female Aedes mosquito. ‘’Every year, during the monsoon, there is a significant increase in mosquito-borne infections. Mosquitoes thrive in stagnant water because it provides a nesting environment. Hot and humid conditions further accelerate mosquito breeding,’’ says Dr Aditya S Chowti, senior consultant- internal medicine, Fortis Hospital, Cunningham Road, Bengaluru.

Dengue causes a wide spectrum of diseases. This can range from subclinical disease (people may not know they are even infected) to severe flu-like symptoms in those infected, explains Dr Swati Rajagopal, consultant - infectious disease and travel medicine at Aster CMI Hospital, Bengaluru. “Although less common, some people develop severe dengue, which can be any number of complications associated with severe bleeding, organ impairment and/or plasma leakage. Severe dengue has a higher risk of death when not managed appropriately.’’

Severe dengue requires management by medical professionals. It is a leading cause of serious illness and death in some Asian and Latin American countries.

The dengue virus (DENV) has four serotypes. So, a person may get infected with dengue four times.

“While many DENV infections produce only mild illness and can cause an acute flu-like illness, occasionally it develops into a potentially lethal complication, called severe dengue,’’ says Rajagopal.

Flower pots, used tyres and water bottles are some of the common breeding grounds for mosquitoes. Gaurav Gupta, commissioner, Bruhat Bengaluru Mahanagara Palike is on a mission to prevent dengue. “We urge the citizens to keep the places clean where mosquitoes might breed and one needs to keep a check on it regularly.  Officials are instructed to identify these places and destroy them.’’

There has been an alarming rise in the incidence of dengue globally in recent decades, with about half of the world’s population now at risk of the infection. It is estimated that around 100-400 million infections occur each year.