Living it up like Jazz: Diabetes doesn’t stop this dancer from pursuing her dreams 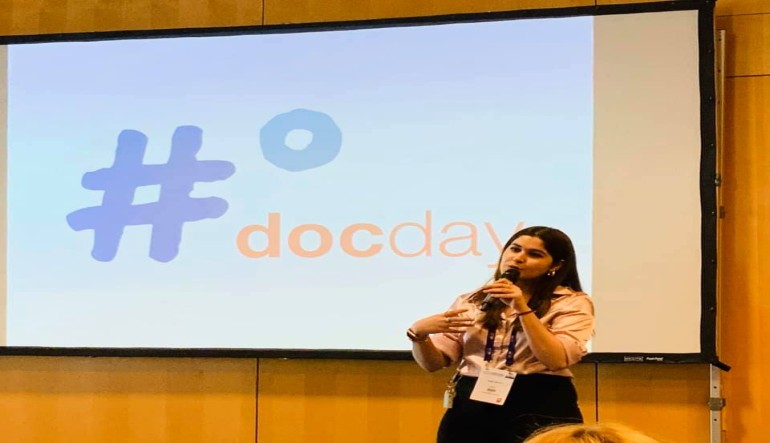 One of the first users of DIY artificial pancreas in the country, Jazz was diagnosed with Type 1 diabetes at the age of 13.  “I was losing a lot of weight. My sugar level was 1050. So, they rushed me to the hospital. They got me in the ICU and I was put on insulin,’’ recalls the 26-year-old Jazz.

Jazz has been living with Type 1 diabetes for the last 12 years. “At first like any 13-year-old, I thought that I will be cured. You go to a hospital and you think that you will leave the hospital being okay. Only later did I realize this is going to be a lifelong condition.’’

Insulin is a lifeline for those with type 1 diabetes. “We equate insulin to water. It is essential for survival,’’ she says.

However, a lot of people these days are hesitant to start using insulin. “There is so much myth and stigma around this life saving drug. And I think it is very important to put the message out that insulin is safe and it is what keeps you alive.’’

A professional dancer and performance artist, Jazz began taking dance lessons at the age of five. When she got diagnosed with diabetes, Jazz thought she would have to stop dancing. However, over the years she realised that things were different, but nothing changed. Her six-hour rehearsal did not change. She would check her sugar levels, take a small insulin shot if required, and have a small snack. “So, life did not change. It was just a little different,” she says.

“Those who take insulin can live a normal life. You can do whatever you want to do. You can go reach the stars and go to the bottom of the ocean, but only and only if you have your insulin,’’ says Jazz who has launched ‘I Love You Insulin’ campaign in 2021, the year that marks the 100th birth anniversary of the discovery of insulin.

Jazz says her quality of life improved a lot since she started using artificial pancreas. “With the artificial pancreas system, it uses something called a closed loop technology, where you have a CGM which is a continuous glucose monitor, you have an insulin pump and then you have a small radio device that sort of connects them. It makes them talk to each other. So, it tries to mimic the actual pancreas’ natural physiology. When your CGM is recording that your sugar is going up, the pump will give you a little more insulin. If it thinks the sugar is going down, it will suspend the insulin,’’ explains Jazz.

Jazz did her diploma in performance studies from Italy. She uses art as a medium to raise awareness on Type 1 diabetes. “I have been dancing all my life. I have been creating shows and performances. Last year, we launched a diabetes anthem,’’ she smiles.

Performance, for her, is a means of storytelling. She tries to tell her stories through performance and movement and to integrate a lot of that into her foundation's work. “It is about making those with Type 1 feel less alone. When you are diagnosed with a chronic condition, there is an overwhelming sense of loneliness. You feel like you are the only one in the world who is going through it. And then suddenly when you have twenty people around you all injecting insulin at the same time, all checking their sugars, you suddenly feel comfort. So, we do a lot of peer support. We do one-on-one counselling in a project called ‘Back to Basics’.’’

Jazz started a YouTube channel called ‘Diabetes’ in 2019. “Currently it has a lot of views, and it is about making diabetes fun and exciting and energetic and not like a disease. It is about getting Type 1 diabetes out of the darkness and into the blue sparkling light,’’ she says with a twinkle in her eyes.