Medical ethics during Covid-19 and beyond

The pandemic has underscored the usefulness of traditional formulations 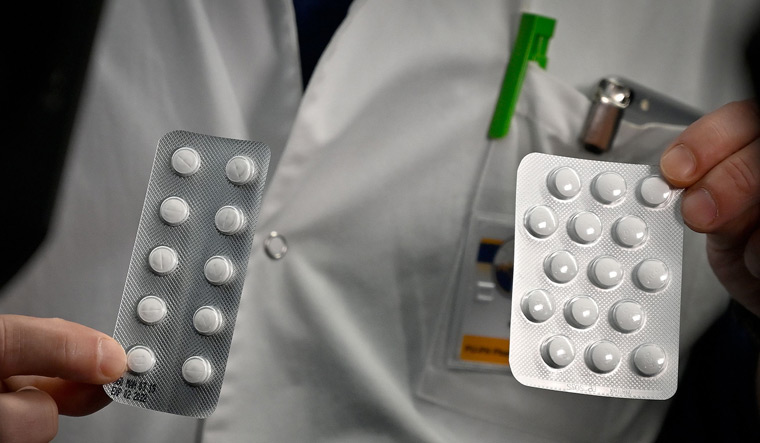 One of the biggest spinoffs of the Covid-19 pandemic is that it has exposed the feet of clay of many international medical bodies that dictate ‘treatment protocols’. Fear of loss of funds and promotions, dependence on positive ‘peer reviews’(read as scratch my back and I’ll scratch yours), fear of losing the largesse of big pharma and political considerations—that has made even the WHO suspect, drives academic bodies to dictate protocols of treatment that are not quite the best. This results in physicians in the field having to deny medicines that could be life-saving; because not following ‘protocols of treatment’ could lead to being stripped of your license to practice medicine. We saw frontline doctors in the USA in tears as they had to withhold life-saving hydroxychloroquine thanks to such protocols based on drug trials which allegedly, were ‘designed to fail’; engineered by lobbies who feared that success with hydroxychloroquine could jeopardize the future of vaccines and costly ‘new drugs’ in the pipeline then. That a New York judge had to intervene and order that Ivermectin be given to a Covid-19 patient in ICU on the family’s request when the medical team in charge refused, citing ‘protocol of treatment’ issues, is a commentary on these unethical times. Mercifully, on the judge’s order, Ivermectin was administered and the sinking patient survived.

In India, the use of Ivermectin underlines the success story of Uttar Pradesh. Despite a population that is twice that of Maharashtra, thanks to the massive Ivermectin prevention drive it undertook, total Covid-19 associated mortality in Uttar Pradesh has been less than one-fifth of that posted by Maharashtra. Despite first-world academics decrying Ivermectin, the medical team in Uttar Pradesh followed the guidelines posted on successful Ivermectin use by many third-world countries; and importantly pragmatic political will backed the state’s medical team to the great benefit of ordinary citizens.

Another wonder drug, Methylene Blue, both inexpensive and effective, has emerged in the town of Bhavnagar in Gujarat, thanks to a senior Pulmonologist, who had earlier successfully used it to treat multidrug-resistant and highly drug-resistant tuberculosis. Discovered over a century ago, the drug won Paul Ehrlich the Nobel Prize. Journals are replete with references of its successful use in a variety of conditions; including reports of success when all else fails, as in life-threatening sepsis, etc, It is an essential safe drug listed by the WHO and all hospital Emergency Departments stock it as it is the drug of choice in cyanide poisoning and meth-hemoglobinaemia where altered hemoglobin impairs oxygen delivery to the body. The town of Bhavnagar has posted an impressive reduction in Covid-19 deaths and prevalence, thanks to a responsive public that saw firsthand the benefits of Methylene Blue treatment, on fellowmen afflicted with Covid-19. Methylene Blue, further offers a double benefit; for it effectively prevents that dreaded post-Covid complication—fungus infection. Doctors in pockets of Maharashtra and Rajasthan have followed suit and the Bhavnagar medical team has held valuable free CME sessions on Youtube, on the Methylene Blue protocol that in their experience has proved to be life-saving. Yet the response of academic bodies making Covid-19 treatment protocols in India has been but lukewarm. Methylene Blue therapy that seems so very cost-effective, merits serious attention, especially with the threat of a third wave looming large over the country.

The successful use of Siddha preventives and treatment formulations for Covid-19 is another positive fall-out of the pandemic. Political will by a brave Tamil Nadu government despite pressure from the modern medical lobby, enabled a successful ‘Integrated Medicine’ approach to defeat Covid-19 during the first wave. Significant research reports on the Siddha formulations have subsequently led to the AYUSH Ministry issuing a directive to use the Siddha formulations on a pan-India basis for Covid-19 prevention. The new Tamil Nadu government has been quick to take the cue and the state is posting good Covid-19 recovery rates during the second wave, with such an integrated approach.

The Ayurvedic herbal ‘kashaayas’ which use similar ingredients are likely to be equally effective; but for lack of political will and support, the formulations have not been researched as vigorously as the Siddha ones. To date, there has been no state government backing for Ayurvedic remedies for Covid-19. Likewise, though the general public and frontline workers such as the police, ambulance staff, and others in states like Kerala vouch for the efficacy of the homeopathic formulation, Arsenic Album, in Covid-19 prevention, for lack of political patronage, this immensely cost-effective remedy that deserves study has also been sidelined.

Unfortunately, the modern Indian medical lobby, which suffers from a colonial hangover, misses out on the treasure in its own backyard. The result? Media reports that the US has just granted a patent for Ashwagandha as a ‘vaccine adjuvant’. One hopes that the National Medical Commission will revise the Indian medical curriculum to be more inclusive; with traditional Indian formulations and traditional Indian non-pharmacological therapies of proven value such as Yoga, Pranayama, and Meditation, finding a place in the curriculum.

With undersea archaeology discovering artifacts in the Gulf of Khambhat that date to 9000 years BP and a man-made structure off the coast of Tamil Nadu that dates back to 11,000 years BP, with advances in glaciation studies, and evidence that sea level rises swallowed a lot of peninsular India, we are waking up to the fact that peninsular India’s history dates back to 10,000 plus years BP. The great triad of Sangams as per Sangam literature, the chronology of the great Pandyas who ruled those now-under-the-ocean lands and palm leaf Siddha manuscripts vouch for the historicity of medical colossuses that strode this land, like Siddhar Agastyar, Boganathar and Tirumoolar. They are not ‘mythological figures’. That the Oath taken by the ancient Siddha physicians is uncannily similar to the Hippocratic Oath suggests, that the Siddha Oath found its way to Greece. Today it is well known that ancient Indian thought influenced the Greeks. Democritus, the Guru of Hippocrates, is known to have been taken up by Indian thought; that makes it very likely that the Hippocratic Oath which Indian modern medical graduates take to this day, actually had its origins in the ancient Siddha tradition that clearly antedates Hippocrates.

According to the National Institute of Siddha, the system of medicine dates back to 10,000 years BP. Palm leaf manuscripts show that millennia ago the Siddha Physicians knew what western medical men have known only for a few centuries. They knew of ‘Chenneer’ (red blood corpuscles); they knew the value of handwashing and asepsis; they did surgeries using banana fibre as suture material; they knew the link between nutrition, exercise, lifestyle, the mind and bodily health. All-time Greats of Ayurveda, Susruta and Charaka are also dated to 3000 years BP by modern Indian historians. Traditional Indian Scientific Medicine thus antedates all of western medicine. This knowledge and pride in India’s medical heritage must at least be taught to the next generation of Indian medicos.

World over, the pandemic has underscored the usefulness of traditional formulations. We can take a leaf out of China, which has made Traditional Chinese Medicine mainstream in Covid-19 prevention and therapy. An attitude of giving pride of place to the experience of our own doctors and researching their findings and using their protocols if they prove to have merit, as well as promoting inclusiveness that takes pride in, and incorporates the best of Traditional Indian Medicine thus creating truly Integrated Modern Medicine is the ethical way forward for medicine in India.

(The writer is a leading rheumatologist)