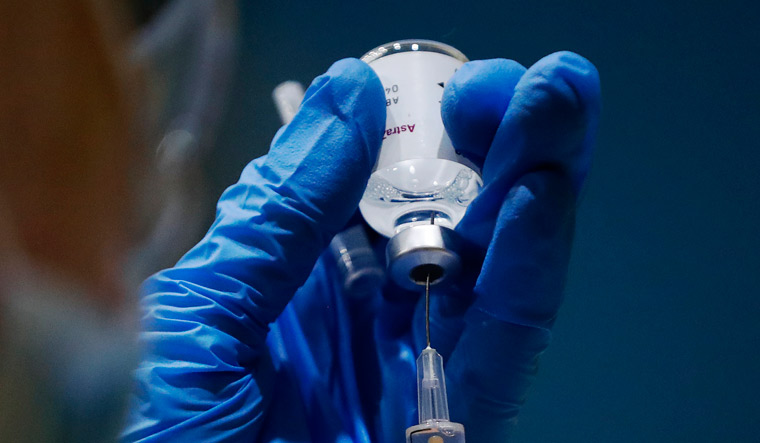 The chair of the vaccine evaluation team at the European Medicines Agency (EMA) has said there is a “clear link” between the Oxford-AstraZeneca vaccine and rare cases of thromboembolic events (blood clots) in the brain, though the causes for this are unknown.

Speaking to Iralian daily Il Messagero, Marco Cavaleri said it was his opinion that there is an association of brain blood clots with the vaccine. “However, we still do not know what causes this reaction,” he added.

The EMA later released a statement saying its review of the vaccine was ongoing and that it had reached no conclusions yet. The EMA said it would announce findings on Wednesday or Thursday.

The concerns over blood clot events following inoculations with the AstraZeneca vaccine, one of the cheapest vaccines against COVID-19 in the world and the one expected to be given to billions of people.

The EMA has asserted that the benefits of taking the vaccine outweigh the risks, even as it investigates 44 reports of an extremely rare brain clotting ailment known as cerebral venous sinus thrombosis (CVST) out of 9.2 million people in the European Economic Area who have received the vaccine.

AstraZeneca has also said its studies found no higher risk of clots because of the vaccine. The World Health Organisation (WHO) has also backed the vaccine.

A day before, the Netherlands became the latest country to temporarily suspend the administration of the vaccine. But some countries like the UK have already administered it to nearly half its population, with over 31.6 million people in the UK having had their first shots.

India continues to administer the vaccine, which is manufactured by the Serum Institute of India as “Covishield” in India. Covishield is one of two vaccines being administered in India, the other being Bharat Biotech’s Covaxin.