AI-based urine test could change how cancer is diagnosed 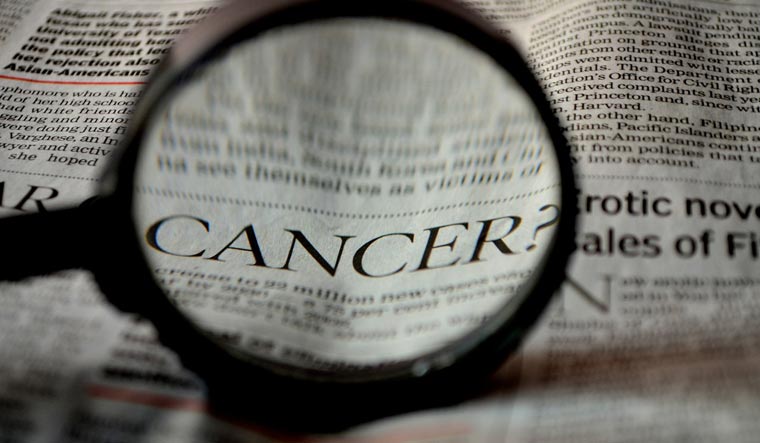 Prostate cancer is one of the most common cancers affecting men. Patients are determined to have prostate cancer primarily based on Prostate-Specific Antigen (PSA), a cancer factor in blood. High PSA levels may be an indication of prostate cancer.

However, as diagnostic accuracy is as low as 30 percent, a considerable number of patients undergo additional invasive biopsy and thus suffer from resultant side effects, such as bleeding and pains.

Scientists at the Korea Institute of Science and Technology (KIST) have developed a technique for diagnosing prostate cancer from urine within only twenty minutes with almost 100 per cent accuracy.

The research team, led by Dr. Kwan Hyi Lee from the Biomaterials Research Center and Professor In Gab Jeong from Asan Medical Center, Souoth Korea, developed this technique by introducing a smart AI analysis method to an electrical-signal-based ultrasensitive biosensor.

"This research developed a smart biosensor that can rapidly diagnose prostate cancer with almost 100 percent accuracy only through a urine test, and it can be further utilised in the precise diagnoses of other cancers using a urine test," said Dr. Lee.

As a noninvasive method, a diagnostic test utilising urine is convenient for patients and does not need invasive biopsy, thereby diagnosing cancer without side effects. However, as the concentration of cancer factors—cancer-related biological index that can measure— is low in urine, a urine-based biosensor has been utilized for classifying risk groups rather than for precise diagnosis thus far.

Dr. Lee's team at the KIST has been working toward developing a technique for diagnosing disease from urine by utilising the electrical-signal-based ultrasensitive biosensor.

An approach utilising a single cancer factor associated with a cancer diagnosis was limited in increasing the diagnosis accuracy to over 90 percent. However, to overcome this limitation, the team simultaneously utilised different kinds of cancer factors instead of using only one to enhance the diagnostic accuracy innovatively.

The team developed an ultrasensitive semiconductor sensor system capable of simultaneously measuring trace amounts of selected four cancer factors in urine for diagnosing prostate cancer. They trained AI by using the correlation between the four cancer factors, which were obtained from the developed sensor. The trained AI algorithm was then used to identify those with prostate cancer by analysing complex patterns of the detected signals. The diagnosis of prostate cancer by utilizing the AI analysis successfully detected 76 urinary samples with almost 100 per cent accuracy.

"For patients who need surgery and/or treatments, cancer will be diagnosed with high accuracy by utilising urine to minimise unnecessary biopsy and treatments, which can dramatically reduce medical costs and medical staff's fatigue," Prof Jeong at Asan Medical Center said.