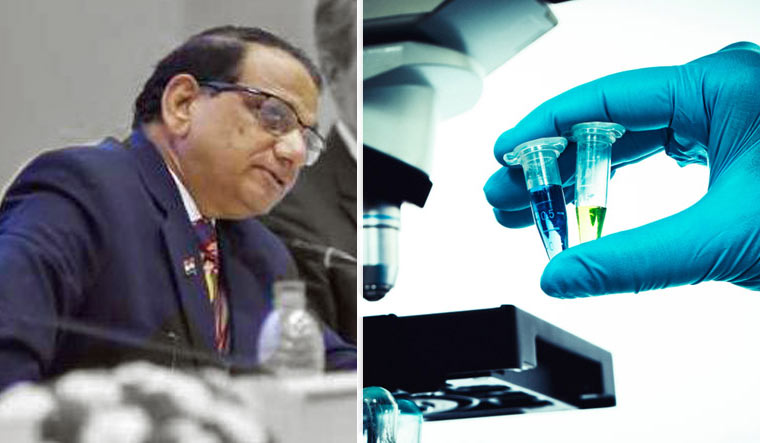 A day after the prime minister's review meeting on COVID-19 vaccination in the country, a top official from the centre's vaccine expert group said that the government had already made a list of healthcare workers in the government sector who would be potentially the first to receive the vaccine.

The government was in “advanced stages” of developing the database of healthcare and front-line workers, augmenting cold chains and procurement of syringes and needles. The national expert group on vaccine administration for COVID-19, in consultation with state governments and all relevant stakeholders, has accelerated the identification of priority groups in the first phase.

“Since doses would be limited, prioritisation for getting the vaccine would be done where the first recipients would be healthcare workers, those on the front-line of pandemic control. That list is almost done; about 90 per cent of that work is done. Next would be high-risk groups. These groups would be identified on the basis of age; for instance, we know that 80 per cent of the deaths [due to COVID-19] have happened in those over 50 years. This would increase to two-thirds if we look at over 60 years. The next would be those with co-morbidities, and subsequently, those in public service such as teachers,” says Dr Vinod K Paul, chair, National Expert group on Vaccine administration for COVID-19, at a seminar organised by public health experts, where he sought their suggestions in various aspects of vaccine delivery and distribution.

The most likely candidate to get licensure in India would be the Oxford-Serum Institute vaccine, with Phase 3 data likely to be available by late January or early February 2021. The first batch of COVID-19 vaccine doses would be available by March-April, 2021, he said.

Medical and nursing students and faculty will be involved in training and implementation of the vaccination programme in the country since large numbers would be needed for administering the vaccine, he said.

The issue of costs of the vaccine[s], said Paul, was still in the realm of “uncertainty” since it was a “dynamic” situation. “But resources will not be a constraint when it comes to COVID-19 vaccination,” he said.

On the Pfizer and Moderna vaccine candidates, Paul said that a bulk of initial doses had been stockpiled by other countries, and were unlikely to be available for India. However, the centre would talk to the respective companies, if need be, he added.

Being the largest manufacturer of vaccines in the world, India was in a good place with respect to access to vaccines, he said.

On Friday, prime minister Narendra Modi chaired a review meeting on COVID-19 vaccination. Countries such as Bangladesh, Myanmar, Qatar, Bhutan, Switzerland, Bahrain, Austria and South Korea have shown keen interest in partnering for vaccine development of Indian vaccines and use thereof, a statement from the office of the prime minister reads. Modi also reviewed the aspects of emergency use authorisation and for manufacture and procurement of the vaccine.

As results of phase 3 trials from national and international vaccines arrive, India's “robust and independent regulators” will “speedily and rigorously” examine them.

Modi also directed officials that a time-bound plan be laid out for speedy regulatory clearances and timely procurement for early rollout of the vaccination drive.

On the issue of licensure for the COVID-19 vaccine, Paul said that the government was banking on its own [drug] regulator, and the National Technical Advisory Group on Immunisation (NTAG), which would be doing the technical scrutiny of the safety and efficacy of the several vaccines in the fray. The government is also augmenting its digital platform used in the universal immunisation programme by several-fold. “This platform would be made available to other countries, too,” he said.

On the digital platform, union health minister Dr Harsh Vardhan, too, has said the entire eVIN platform is being repurposed as COVIN network. “All movement of stock can be digitally tracked and those receiving vaccines can also be traced after two to three weeks if the vaccine requires two shots. This will ensure last mile vaccine delivery, “ Vardhan said.

The digital platform for vaccine administration and distribution is prepared with test runs underway in partnership with the state and district level stakeholders, the prime minister's office has stated.